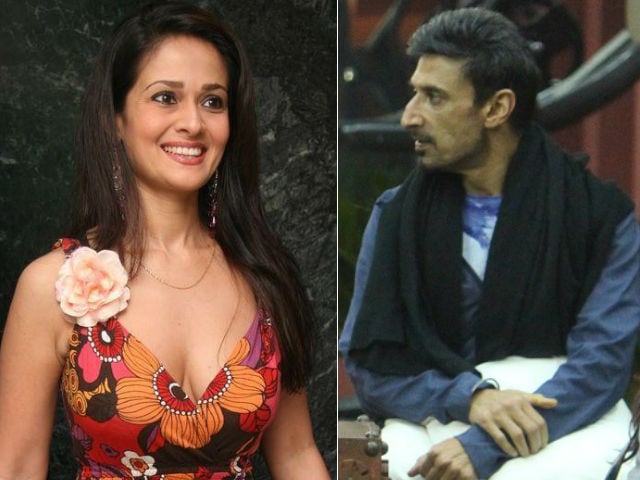 New Delhi: Rahul Dev, competing in the current season of controversial game show Bigg Boss 10, is touted as one of the most poised and calm contestants on the show. But all this may (or may not) end soon. If rumours are to be believed then television actress Aparna Tilak, also Rahul Dev's ex-girlfriend, is all set to enter the show as the first wild card contestant. The entry of wild card contestants will start this week and Aparna Tilak, as per a Mid-Day report, may be the first one. Rahul and Aparna met on the sets of 2003 film Footpath and reportedly dated for a year before parting ways.

Rahul Dev's journey in Bigg Boss 10 has been the least controversial. The actor who got into a scuffle with contestants once in a while has by and large acted like a peacemaker between feuding housemates. Will Aparna Tilak's entry change that aspect of Rahul, who in an upcoming episode will, for once lose his cool?

Meanwhile, this isn't the first time Bigg Boss has cashed in on the face-off of the exes factor. In season 9, Bigg Boss famously got Dimpy Ganguly face-to-face with her ex-husband Rahul Mahajn, who came as a guest. It was for a task, where the housemates became waiters while Bigg Boss alumni entered the house as their guests - Rahul Mahajan, one of them. Dimpy and Rahul's brief encounter did get a lot of TRPs for the show.

Ex-couple Delnaaz Irani and Rajeev Paul were co-contestants during the sixth season. All through they seemed to be at peace with each other but Delnaaz did say that Rajeev flirted with Sana Khan (another contestant) only to get back at her.

Promoted
Listen to the latest songs, only on JioSaavn.com
In season 7, Candy Brar, then contestant Kushal Tandon's ex-girlfriend, entered the house but they never met. Kushal had famously walked out of the house with Gauahar Khan after a terrible fight with VJ Andy, Tanishaa Mukerji and Armaan Malik. Candy entered after this episode and was evicted before Gauahar and Kushal could re-enter.

Bigg Boss is based on the format of British show Celebrity Big Brother. Wild card entries are introduced mid-journey to unbalance the set equations.