Bigg Boss 10: Monalisa and Vikrant in a still from the show

New Delhi: The contestants on Day 94 of Bigg Boss 10 woke up to the song Mere Yaar Ki Shaadi Hai that increased the spirit of the contestants. Bigg Boss had announced that Monalisa and her boyfriend Vikrant Singh Rajput would get married tonight. The entire house was decorated with flowers and a wedding mandap was set up in the garden area. The other contestants started the prepping for the marriage. In the morning, Vikrant teased Monalisa and asked her to give their marriage a second thought so that she shouldn't complain later. Monalisa, however said that she was confident about their wedding. The wedding rituals then began with a mehndi and sangeet ceremony. Meanwhile, Monalisa's mother entered the house. 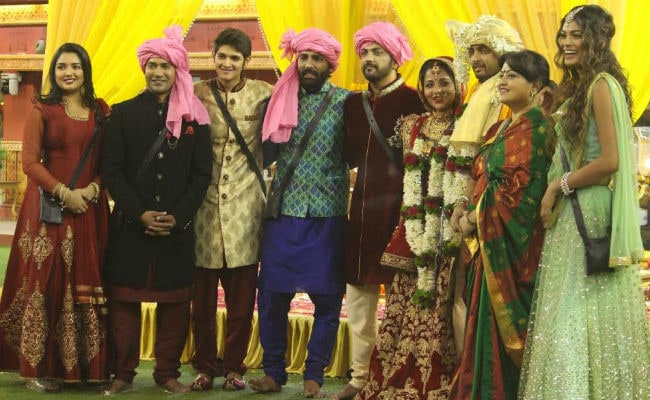 Bigg Boss 10: Monalisa and Vikrant pose with the contestants and guests

Manu and Manveer got 'M3' mehendi tattooed on their hands. As the functions continued, the Bhojpuri actors Dinesh Lal, Amrapali and Vikrant's also entered the house. A priest was called to perform the rituals. Monalisa's mother performed her kanyadaan. 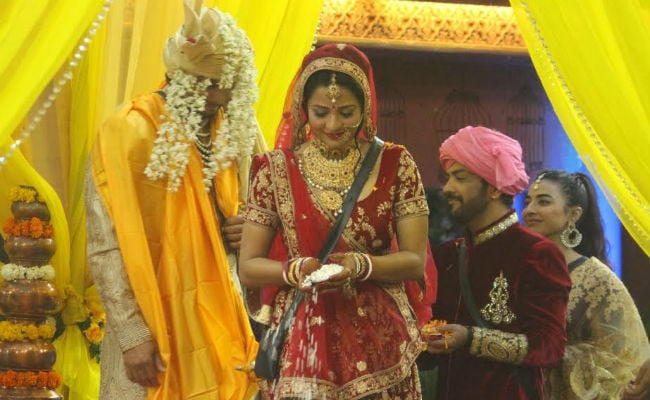 The wedding ceremony was followed by a grand reception, where actor Ravi Kishan performed. He then danced with Lopamudra and Bani on 440 Volt song. Manu and Manveer then took the evening forward and were at their humorous best. They enacted Monalisa and Vikrant's love story and imitated the couple. The housemates too performed to a medley of Joote Do Paise Do and Aivayi Aivayi Loot Gaya while Dinesh Lal and Amrapali danced to Laalipop Lagelu. Monalisa and Vikrant also gave romantic performance. The celebrations came to an end after a cake cutting ceremony. The guests then made an exit from the house. Monalisa and Vikrant were given a separate room. 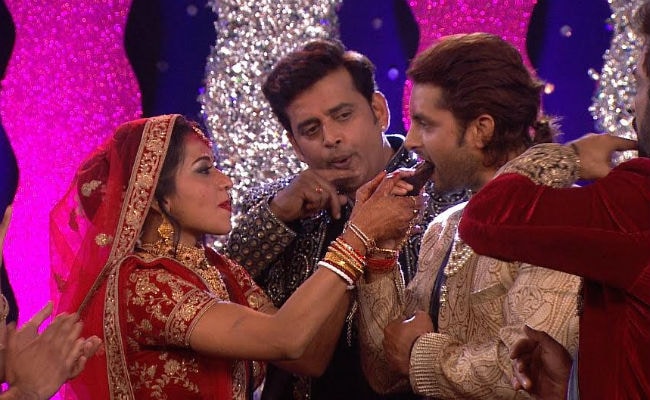 Bigg Boss 10: Monalisa and Vikrant in a still from the show

As the day ended, Bani and Rohan had a small argument over doing household work. Meanwhile, Manu, who was apparently close to Monalisa confessed to Manveer that he's happy about her marriage and he would benefit from it. He further added that if his fiancee would have a little doubt about them, things would have got cleared now.
Promoted
Listen to the latest songs, only on JioSaavn.com