Bigg Boss 10, January 14: Salman Khan Asks Bani And Lopa To Hug Each Other 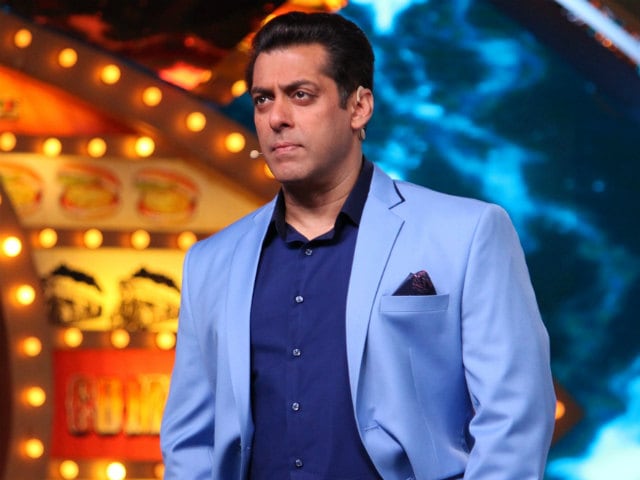 New Delhi: Salman Khan is back with his brutally honest reviews of the contestants on tonight's episode ofBigg Boss 10. Salman hosts the weekend special episodes - Weekend Ka Vaar - of the controversial reality show. Salman begins tonight's episode by congratulating Manveer, who won the 'Ticket To Finale' Task ensuring easy entry into the finale week. Salman then addressed VJ Bani and Lopamudra Raut who engaged into an ugly fight in the episode aired on Friday night. Salman compares Lopa and Bani's behaviour to that of self-styled godman Swami Om, who has been eliminated from the show because of his indecency. Salman highlights that Bani and Lopa could have handled the situation better and not made a mess out of it.

Next, Salman asks the contestants to unanimously decide a name for the Khalnayak Kursi. All the contestants, except Rohan Mehra, voted for Lopamudra saying her behaviour with Bani was unacceptable. Salman, however remains in Lopa's support and says that it was Bani who mentioned Lopa's family first. Lopa gets emotional and adds that she has always felt like a target in the house and has lost the respect her career has earned for her so far.

Promoted
Listen to the latest songs, only on JioSaavn.com
Salman also gives a reality check to Manu Punjabi, who claims that it's Bani who is a gossiper inside the house. Salman points out that Manu also engages in a lot of gossip and talks behind people's back. Manu defends himself by saying that he not doing anything wrong because his words have not managed to hurt anybody so far.

The episode ends on a jovial note as Salman Khan asks Bani and Lopa to resolve any animosity and share a hug. But who will be eliminated on tonight's episode?