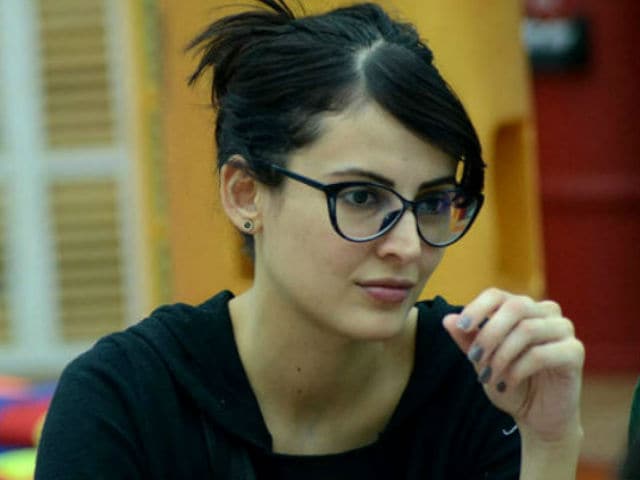 New Delhi: Controversial reality show Bigg Boss 10 is currently one of the most discussed topic on the Internet. 'Indiawale' fans aside, celebrities who've participated in the show's previous seasons too are tweeting about it and are taking sides. This week's top newsmakers - self-styled godman Swami Om along with VJ Bani, Lopamudra Raut, Manveer Gurjar and Manu Punjabi - have divided Bigg Boss alumni on Twitter.

Mandana Karimi, who has featured in films like Kyaa Kool Hain Hum 3 and Bhaag Johnny, is supporting Swami Om, who on Wednesday slut-shamed Monalisa. A day earlier, Swami Om addressed her as his 'premika' after which she abused him and Manu too lost his cool. VJ Andy and Vindu Dara Singh on the other hand are looking away from the Swami Om-Monalisa-Manu triangle and identifying the "decent" members in the lot.

Mandana, who was on show's last season has a lot to say:

#MonalisaAntara does she even know what she is doing!?Kabhi yaha kabhi waha All over the place!! #bullies

No one in the @BiggBoss house is taking #lokeshsharma seriously, its great to see her stick up for herself. #BB10

On a different note, Rahul Mahajan (from season 2) has a wild card entry suggestion:

Would you like to see #Sonamgupta in #BB10 as wild card entry?

Who be this Sonam Gupta, you might ask. This mystery woman is currently the Internet's latest obsession, after currency notes bearing the legend 'Sonam Gupta bewafa hain' began circulating. A series of memes sprung into being although the mystery of who Sonam Gupta is and her alleged infidelity is still unsolved.

These are possibly the only 12 people in the country who still don't know that much of their cash is useless. Deprived of access to the news, these Bigg Boss contestants haven't yet heard of Prime Minister Narendra Modi's currency ban and, as they told host Salman Khan over the weekend, they have 'plenty' 500 and 1000 rupee notes.

Nach Baliye 8: Divyanka Tripathi Or Vivek Dahiya, Who's The Better Dancer? 'Only Time Will Tell'