As the "Monterey Five" try to move on, Meryl Streep blows in to unravel their secret pact. 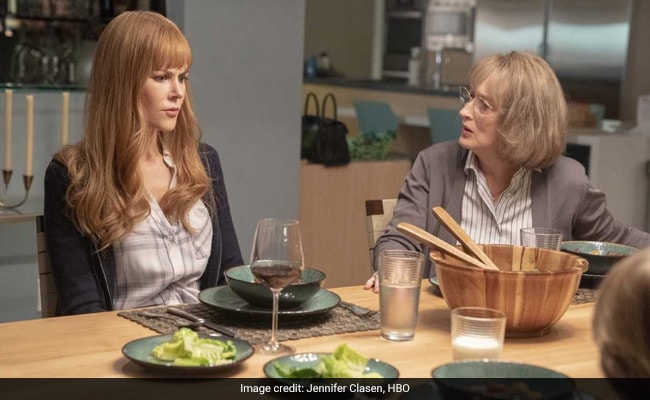 Meryl Streep, who has done everything, once played a woman dying stoically of cancer, who objected to the aesthetic notion that less is more. "Less is not more," her character declared. "More is more." It's one of my favorite quotes, even if I don't live by it, believing that less can be a fine thing, especially when it comes to television.

Which brings us to the doubts viewers may be having about extending the compulsively satisfying and succinct HBO drama Big Little Lies, which had been touted as a seven-episode "limited series" when it aired in 2017. I'm glad to report that, in this case, more really can feel like more. Did we need more? No. Did we demand it anyhow? According to HBO, we did.

With considerable fanfare - and the addition of Streep to its A-lister, triumphant-sister cast - Big Little Lies returns Sunday with the same expert dissection of a Northern California beach community's exquisite grappling with wealth, grief, hyperactive parenting and general dissatisfaction. How they suffer so. How gorgeously they suffer. That's great if one comes to the show merely for the pristine Spotify playlists and a little vicarious gossip among these 1-percenters, who all send their children to Otter Bay Elementary School, an institution so desirable and so kowtowing to their demands that no one seems to care that it's public. 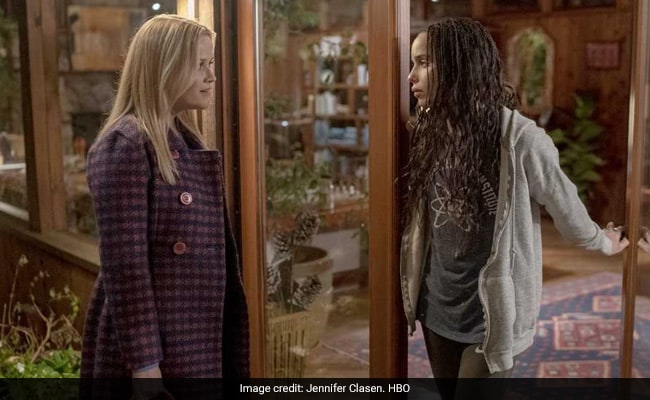 If, however, you're coming back to Big Little Lies for a well-honed plot and the tension around the keeping of its biggest lie, then you'll probably notice some desperation in the first three episodes (which were made available for this review) to prolong a story that wasn't all that prolongable to begin with.

Working forward from her best-selling novel, Liane Moriarty collaborates with showrunner David E. Kelley on a basic frame for this sequel-as-series. As before, Kelley has written all seven episodes; Jean-Marc Vallee hands directing duties to Andrea Arnold, although his trademark editing style remains (a tight macrame of fraught flashbacks, foamy surfs, rosé sunsets). The crime and coverup that concluded Season 1 still looms over all, when Bonnie Carlson (Zoe Kravitz) reflexively pushed the bad guy (Alexander Skarsgard as Perry Wright) down the stairs at the school's Audrey Hepburn-meets-Elvis-themed fundraiser as he was attacking a group of women.

Perry, the sadistically abusive husband of Celeste (Nicole Kidman), had been revealed to be the man who raped Jane Chapman (Shailene Woodley), which meant he was the father of her little boy, Ziggy (Young Sheldon's Iain Armitage), who attends Otter Bay with Celeste's twin boys and also the daughters of Bonnie, Madeline Mackenzie (Reese Witherspoon) and Renata Klein (Laura Dern). 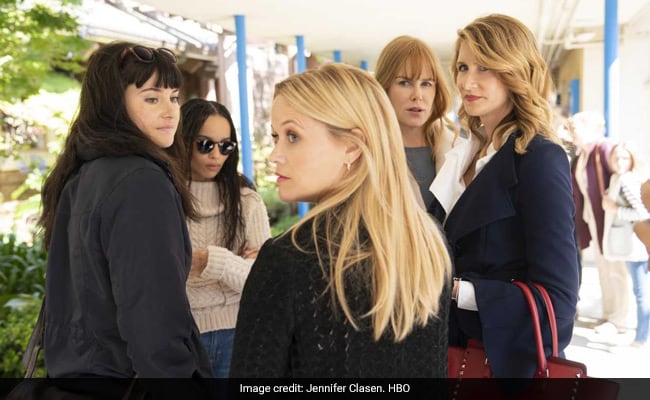 Having witnessed Perry's plunge, the women all agreed to stick to the same story when the police arrived, saying that he slipped and fell. The show ended on a note of feminine bonding - the abuser/rapist was dead, and the five women set aside their complicated rivalries and took affirmative walks together on the beach.

That could have been that. But now that we're back, some months have gone by, the kiddos are starting second grade and, belatedly, Bonnie is tormented by the fact that she didn't confess to pushing Perry, which never seemed much like a murder to begin with. One Otter Bay bake sale would have paid for a stellar defense attorney; Bonnie would, at worst, have spent a couple weekends picking up litter on the 101.

Instead the dark clouds of tedious remorse have blown in, the town rumor mill has nicknamed the women "the Monterey Five," and Bonnie retreats from her friends and her frustrated husband (James Tupper) to take long, guilty walks by herself.

Happily, Streep has also blown in as Mary Louise Wright, Perry's persistently irritating mother. She's come to help Celeste and the boys properly grieve, only to find her daughter-in-law in an inadequate state of loss. Kelley has given Streep every great scrap of passive-aggressive dialogue he can conjure, and she performs it like she's in total heaven - saying whatever she thinks, snooping around for answers about what really happened to her son and refusing to see him as either an abusive spouse or rapist. Her scenes with Kidman can be deliciously uncomfortable as two of moviedom's most sublime actors demonstrate the great white ritual dance around feelings. (Less is more!)

As expected, Big Little Lies has to paw around a bit to find more interesting crises to face. Some new plot threads measure up; some don't. To Witherspoon's Madeline, they've added a marital earthquake, sending her and her husband, Ed (Adam Scott), to Celeste's no-nonsense therapist, Dr. Amanda Reisman (Deadwood's Robin Weigert), who always gets to the ugliest heart of her patients' matters. This therapist is so good (and Weigert is so spot-on playing her), that I kind of wish she had her own HBO show - perhaps in a reboot of In Treatment?

Only one other supporting character is anywhere as good at cutting through "Big Little Lies' snobby veneer: P.J. Byrne as Mr. Nippal, Otter Bay's school principal. After a particularly vicious showdown with a parent, Nippal tells a new teacher: "I told you, these second-grade mothers are Shakespearean. That woman, she's the Medusa of Monterey."

He's talking, of course, about Renata, mother of the most-special, most-gifted Amabella, whose world is rocked when the FBI arrests her husband (Jeffrey Nordling) for fraud and the couple's combined fortune is seized. Who is Renata if she is not rich? She's unhinged, and anytime Dern gets to play a character who has come unhinged, viewers know to strap in for a wild ride. (More is more!)

Although Big Little Lies doesn't seem entirely sure of where it's headed, it can still work itself up into a delectably roiling state of privilege and anger. It's seems quite likely that someone's going to get pushed down some stairs again, metaphorically or otherwise. And isn't that why we're all here?