"I so wish to collaborate with them... I hope the opportunity comes, actually, I believe it will!" he said 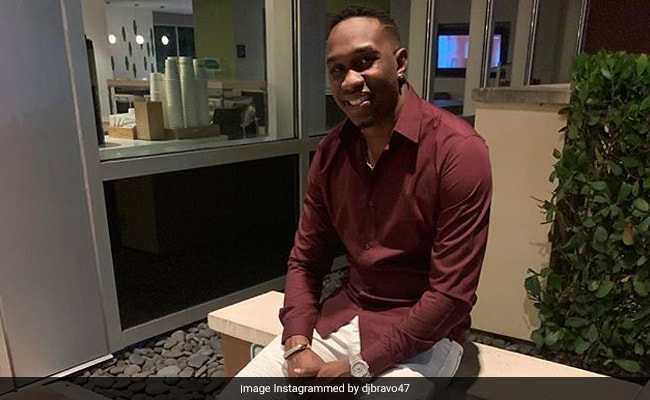 West Indies cricketer-turned-musician Dwayne John Bravo - aka DJ Bravo - who is in India for a multi-city musical tour with his Champion team and for his new track The Chamiya Song says that he cannot wait to collaborate with Bollywood superstar Shah Rukh Khan and shares insight on how Indian and Caribbean cultures are similar and diverse in nature at the same time. "I see a lot of opportunity for artists from both the countries to do collaboration and hopefully in near future, we will do more of such projects. Recently I have recorded one song with the Punjabi singer Jassi Gill and we will release the song soon," Dwayne Bravo told news agency IANS.

"More than musicians, I am an admirer of some of the Bollywood stars. I so wish to collaborate with them. I have to confess I am a fan of Shah Rukh Khan, and I admire Deepika Padukone, too. I hope the opportunity comes, actually, I believe it will!" he added.

The cricketer enjoys a huge popularity in India, having played for IPL teams like Mumbai Indians and Chennai Super Kings. As a singer, he had collaborated with Ankit Tiwari in the song Jager Bomb for the film Tum Bin II in 2016.

Lately, he has been in the news for recording The Chamiya Song with Thai singer-songwriter Rimi Nique. The number features dancer Shakti Mohan.

When asked where is the common thread between Indian and West Indies culture, Dwayne Bravo said: "Firstly, when I represent West Indies as a cricketer, people tend to think that it is one country with one culture. That is not correct, we are as diverse as it can get because West Indies is a collection of several islands and each of these have a very independent and unique cultural identity. Together, we represent the West Indies, the entire Caribbean. So, for instant I am a native of Trinidad and Tobago. Our culture is different from Jamaican culture."

"In Trinidad, our music is Soca music. We are also known for Chutney music. This genre has a lot of fusion elements drawn from Indian music because there is a huge Indian population living in Trinidad for years. They have become influenced by our culture and we also had the same exchange. So, when I am here in India, I clearly see the cultural similarity," he explained.

Mr Bravo also emphasised on how that is different from other Caribbean islands. "In Jamaica, they are known for Reggae music. That is a different genre altogether. They do not have as much Indian population as we have in our island. So, our culture is as diverse as Indian culture - just as, in India, every state has a different culture," he added.

After retirement from international Test cricket in 2015, he has excelled as an entertainer and has established his brand as a musician under the name DJ Bravo. Somewhere, however, he feels there is the need for formal training in music and admits that currently his music is only passion-driven.

"I really do not think as a musician I am that great. I have a sense of music, I love to entertain people since I am a kid. When I was playing cricket for my country, it was a dream. When you are living your dream, you are naturally focused and work hard because there is no other way in the sports field to get success. You have to perform. It is the same thing when I am on stage - then, I have to perform!" Dwayne Bravo pointed out.

He added: "I want to get into formal training to improve myself as a musician. Look I am a sportsman and all I know is that with practice, I have to excel."

While most retired cricketers find an alternative career in coaching, or as cricket commentator or administrator, Dwayne Bravo has found it among his fans, on live stage.

So, what's his way to stay relevant with time? "Life is simple. You should just find your true calling and live your dream. The fact is if you are following your passion, you will become successful sooner or later. After cricket, I have my career in entertainment, because I have a great team, and a strong fan-following. I think if you can celebrate life with them, you can stay relevant with time," he said.

"If we are successful, we earn money, and there will be less poverty - which means (there will be) less corruption. The world will become a safer place to live in, for us and for the children. We can generate positivity around us. I am never intimidated by the success of others because I am evolving," Mr Bravo signed off.

(Except for the headline, this story has not been edited by NDTV staff and is published from a syndicated feed.)
Comments
dwayne johnsonshah rukh khandeepika padukone