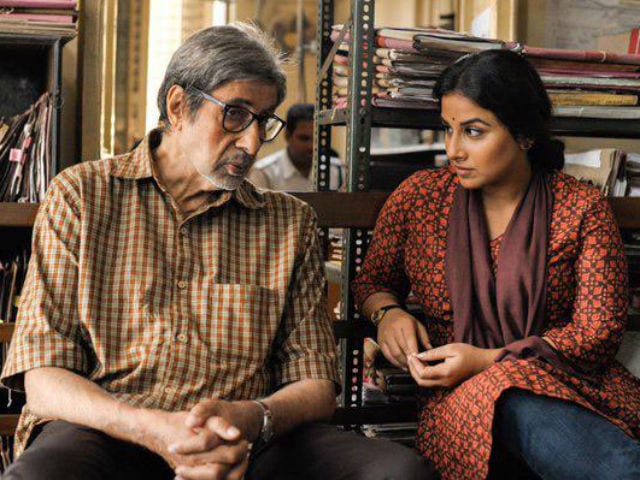 Mumbai: He is part of the film industry for over 45 years, but actor Amitabh Bachchan said that he still gets to learn so much from young and talented actors like Vidya Balan and Nawazuddin Siddiqui.

Mr Bachchan, who has worked with the Kahaani actress in Paa, will be seen with her yet again in thriller Te3n, which also stars Nawazuddin.

"It's always a joy to work with Vidya, and I was equally delighted to work with Nawaz, whom I've always admired. He is a phenomenal talent," Mr Bachchan told reporters in Mumbai.

"Truly, we get to learn so much from artists like Vidya and Nawaz because they are this generation, and I am in great admiration and awe of all the artists of the younger generation," he said.

Directed by Ribhu Dasgupta, Te3n is set in Kolkata and is about a crime that affects its three main characters.

The 73-year-old actor stars in the film as John Biswas, a grandfather in pursuit of justice for eight years, while Nawazuddin plays Father Martin Das, whose life was changed with the same crime that claimed the life of John's granddaughter.

Vidya, 38, will be seen in a special appearance as the cop who swings into action when an identical crime is repeated eight years later.

The Piku star said that he observes the young actors very closely because they bring certain freshness, which he hasn't seen in his career.

"They bring to the table something that we are not used to, that we haven't seen through the 40 years I've been in cinema. I watch them very carefully, and when I work with them, I admire the way they approach the project, the scene, and I have just great admiration for my two co-artists in the film," he said.

When asked about filmmaker Sujoy Ghosh, who is associated with Te3n as a creative producer, Big B said that the Kahaani director had come up with another idea to him.

"He had actually come with another idea before, which we were almost set to do. It was a film about Kerala and we had decided on the story and decided to go ahead, schedule our dates. One day they said they had another idea. It took me just a couple of seconds to say let's do this, and not the other one at the moment," he said.

Te3n is scheduled to release on June 10.