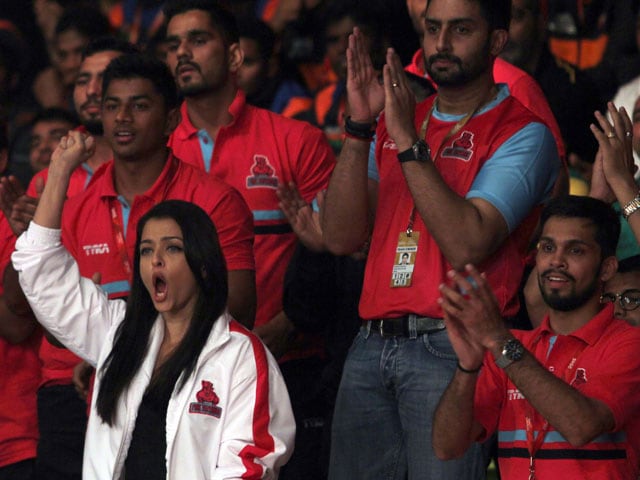 Aishwarya Rai Bachchan, who was in high spirits, cheered for Jaipur Pink Panthers.

Mumbai: Megastar Amitabh Bachchan, Jaya Bachchan, Abhishek Bachchan and Aishwarya Rai Bachchan along with Aamir Khan who came with daughter Ira and toddler son Azad, Genelia and Riteish Deshmukh, all were present at the opening match of the second season of Pro-Kabaddi League on July 18. 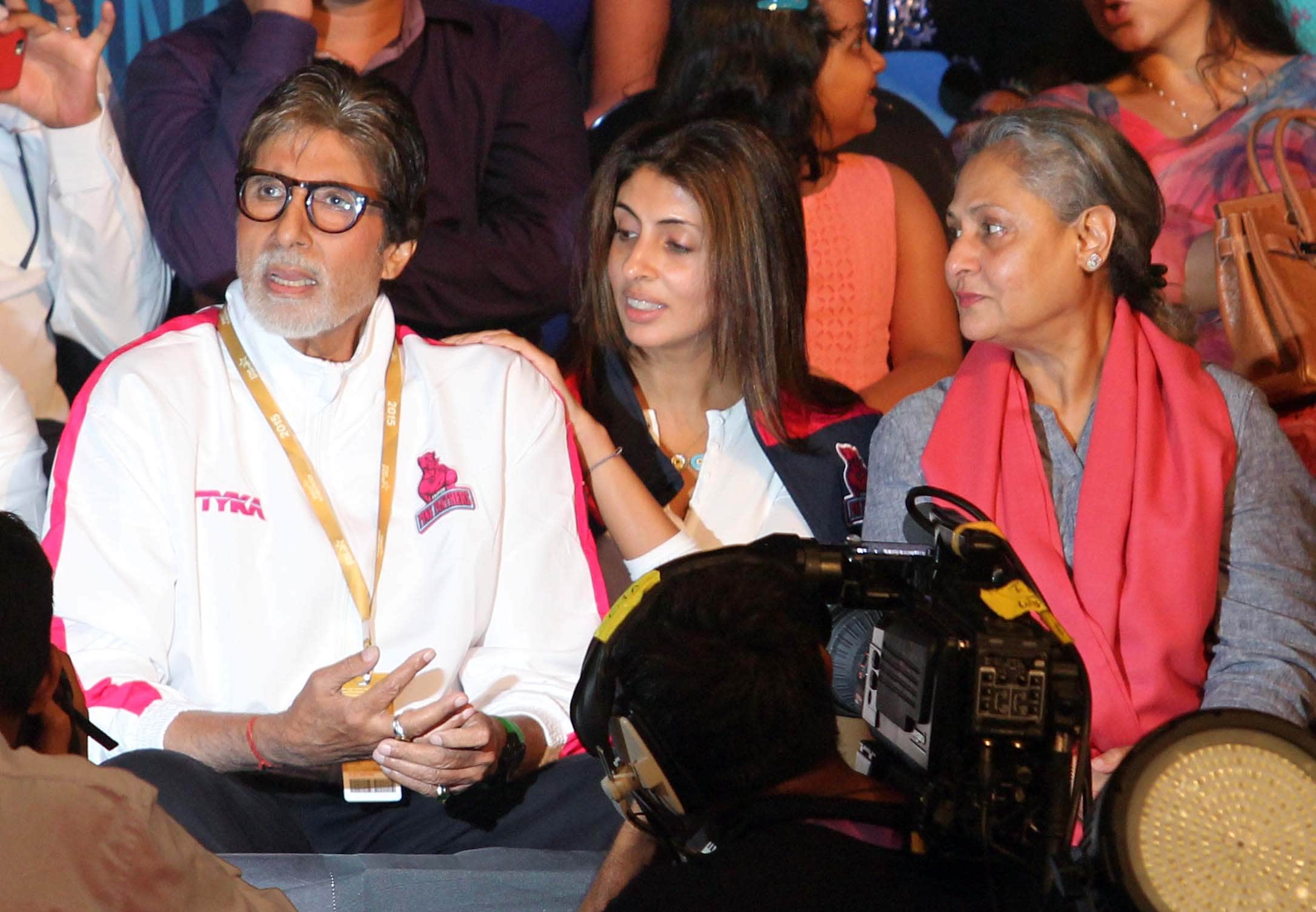 Abhishek was also cheered by his upcoming movie All Is Well co-stars Rishi Kapoor, Asin and Supriya Pathak. 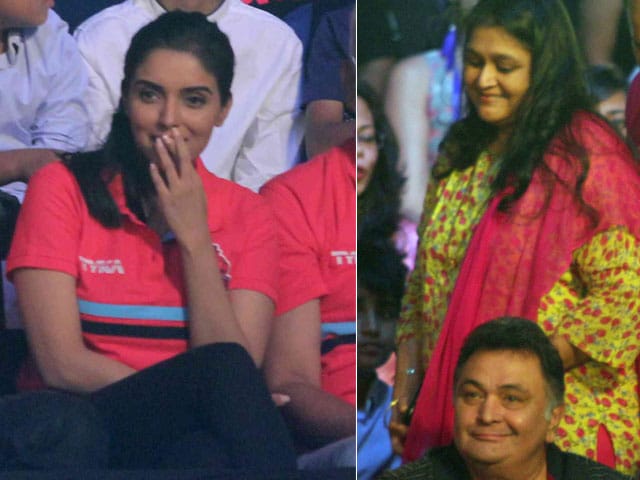 Big B began the proceedings by singing the National Anthem at Sardar Patel Stadium, NSCI and said he was "honoured" to have done so.

The opening encounter was between defending champions Jaipur Pink Panthers, owned by Abhishek, and last year's runners-up U Mumba which is owned by Ronnie Screwvala.

The Piku actor thanked Aamir, Riteish and his wife Genelia for attending the ceremony, on Facebook.

Mr Bachchan also took to Twitter to share pictures where he is sporting his three Padma Medals.