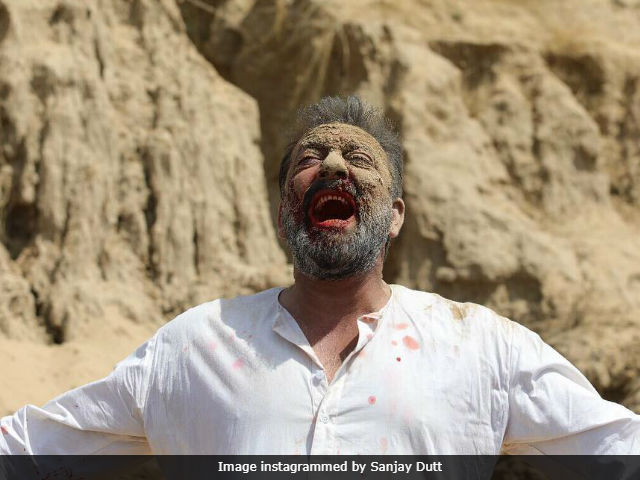 New Delhi: Sanjay Dutt's comeback film Bhoomi, which was panned by the film critics, made a little lover Rs 2 crore on the opening day, reports trade analyst Taran Adarsh. According to Box Office India, this is not good news. Bhoomi opened with Shraddha Kapoor's Haseena Parkar and Rajkummar Rao's Newton, which is also India's official entry to the Oscars. Haseena Parkar's reviews were as bad as Bhoomi but Newton won film critics' hearts. Hollywood film Kingsman: The Golden Circle also released on Friday and Box Office India has predicted a good run for the Matthew Vaughn-directed film. The film has collected more than Bhoomi in India.

Promoted
Listen to the latest songs, only on JioSaavn.com
Bhoomi is a revenge drama, co-starring Aditi Rao Hydari and Sharad Kelkar - third of its kind this year after Raveena Tandon's Maatr and Sridevi's MOM. "Sanjay Dutt, in Bhoomi, replaces the angry mother figure with a provoked patriarch pushed to the wall by a crime against his daughter," Saibal Chatterjee wrote in his review for NDTV. He gave the film 1-star rating and said: "Even if you are in the mood to support Sanjay Dutt's 'comeback' film, Bhoomi is best given a wide berth. The actor definitely deserved better than this mangled mess of a movie. Bhoomi is an unmitigated cinematic boo-boo, a sad apology of an anti-rape movie." Bhoomi is directed by Omung Kumar, for whom Saibal Chatterjee wrote: "In Bhoomi, he is stuck in a sludgy, slippery puddle that only gets deeper and messier as he bears down on it without let."

After Bhoomi, Sanjay Dutt signed up for films such as Munna Bhai 3, Saheb Biwi Aur Gangster 3 and Malang.