Bharat Preview: Salman Khan Brings The Journey Of A Man And A Nation To Screen 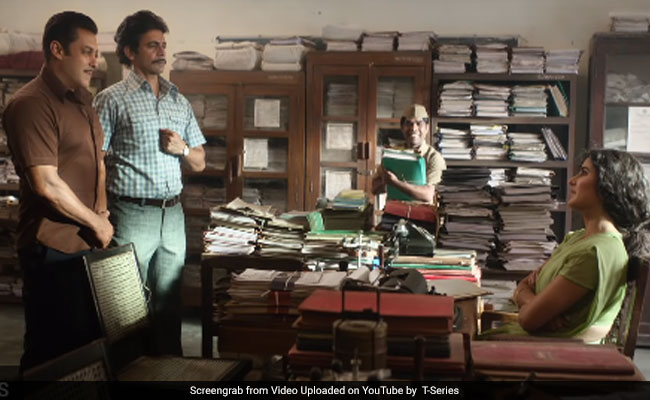 Salman Khan and Katrina Kaif's Bharat is all set to release on Wednesday. The film is directed by Ali-Abbas Zafar. The film gathered attention from the very beginning when the series of posters were shared. The posters vaguely reflected the story and created a curiosity among the audience. The posters showcased journey protagonist from 1960s to 2010. Most of the posters had featured Salman and Katrina in it. The story is about bitter-sweet journey of the protagonist Bharat, which is played by Salman Khan. Katrina Kaif plays the role of Madam Sir in the film and Jackie Shroff plays Salman Khan's father in the film.

Going by the trailer, the film begins with Bharat being a stuntman in a circus, where is finds his love in Disha Patani, who plays the role of a trapeze artist. Later, Bharat gets a job in a mine, where he works under Madam Sir. Bharat relives the time of partition after a mine explosion, which departs Bharat and Madam Sir. He later on becomes a navy officer, who fights armed intruders in the middle of the sea.

Take a look at the trailer of the film:

The theme song of the film isZinda, which mostly features Salman Khan and also includes several action scenes from the film. The other songs of the film are Slow Motion, Aithey Aa and Turpeya.

Bharatis co-produced by Salman Khan and Atul Agnihotri. It is an adaptation of the 2014 South Korean film Ode To My Father. The film is third project of Salman and the director together. The Ali Abbas Zafar film also features Tabu, Nora Fatehi, Sonali Kulkarni, Sunil Grover and others.