Bharat First Look: The Salman Khan, Katrina Kaif Pic We Were Waiting For 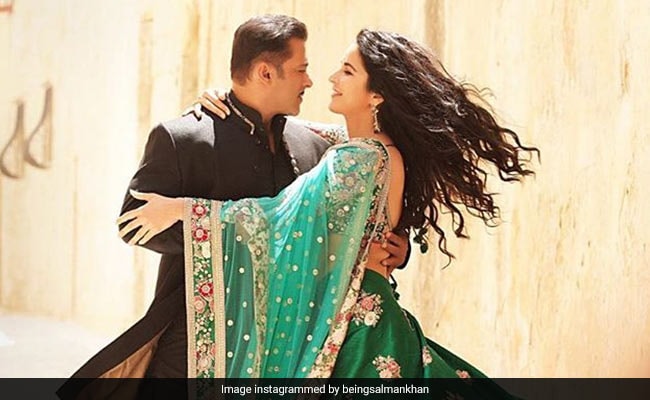 That's some progress. Team Bharat has wrapped the Malta schedule of the film, which made way for Salman Khan and Katrina Kaif's first look of sorts to be shared on social media. On Saturday, director Ali Abbas Zafar announced that the Malta schedule of Bharat has wrapped and he zeroed in a stunning photo of Salman Khan and Katrina Kaif to make the announcement. Spotted on both Salman and Katrina's feeds, the photo garnered over 10 million likes on Salman's Instagram in just half a day while Katrina's profile reads over 5 lakh likes in 9 hours. In the photo, Salman can be seen sporting a moustache (one that will remind you of his Dabangg persona) while Katrina wears the same curly hair as seen before in photos from Bharat sets.

Salman and Katrina's photo appears to be from a song sequence but no further detail has been shared yet. While Salman flew to Malta with Ali Abbas Zafar earlier, busy star Katrina joined the team only last week. Katrina checked into Malta with a photo from the sets, which was believed to be her first look from the film. Ali Abbas Zafar roped in Katrina to star opposite Salman after Priyanka Chopra made an exit from the film.

The Malta schedule of Bharat also included Salman's co-stars such as Sunil Grover and Nora Fatehi. Salman Khan plays a stuntman in Bharat, which is set across from 1960 till current times. Disha Patani will be seen as a trapeze artiste while the roles of other actors have not been revealed yet.

Salman Khan will undergo multiple look changes for Bharat, which is the Hindi remake of South Korean film Ode To My Father. Bharat hits screens on Eid 2019.