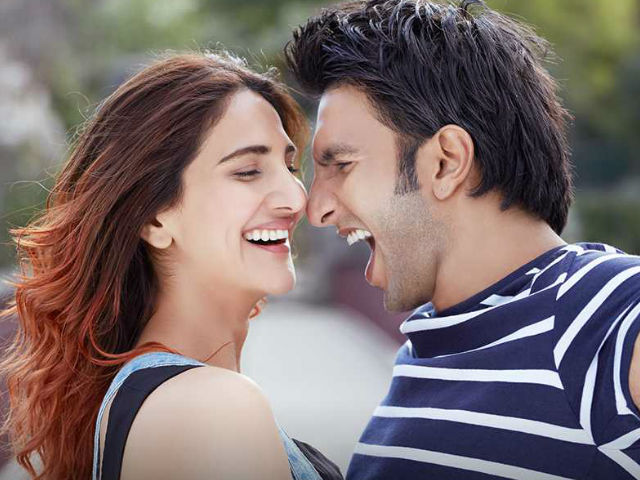 New Delhi: Ranveer Singh and Vaani Kapoor's Befikre may not have received the best reviews from the critics, but the film set the cash registers ringing as it managed to make a little above Rs 20 crore since it released on December 9. The Aditya Chopra-directed film minted a humble Rs 10.36 crore on the opening day and followed it up with Rs 11.60 crores on Day 2, bringing the grand total to Rs 21.96 crores. Befikre is about a young couple played by Ranveer and Vaani, who are testing the new codes of romantic relationship. They believe in a 'no-strings attached' relationship and are keen to explore the new ways of dealing with the matters of heart.

This is Befikre's business summary only in India. The film simultaneously released in USA, France and other European countries, and UK. Befikre also released in UAE during the Dubai International Film Festival.

Ranveer and Vaani, both earned their ticket to Bollywood from Yash Raj Films, have featured together for the first time. The film's bold content and Censor Board of Film Certifications unclenched approval of scenes also made headlines before the releases. However everyone wasn't impressed with Ranveer and Vaani's chemistry. "Although Ranveer's chemistry with the statuesque Vaani Kapoor is middling at best, the two leads deliver passable performances," Saibal Chatterjee wrote in his review for NDTV.


This is Ranveer's fifth film with YRF after Baand Baaja Baaraat (his debut film), Ladies VS Ricky Bahl, Gunday and Kill Dil while Vaani picked Befikre as the second film of her career. She debuted in Shuddh Desi Romance, also YRF production.

Meanwhile, Aditya Chopra has also made quite a few changes to his cinematic style for Befikre. Aditya's first film as director - Dilwale Dulhania Le Jayenge - is something that young lovers swear by even today, two decades after it released. His other two films, Mohabbatein and Rab Ne Bana Di Jodi, are nothing like Befikre either.

Promoted
Listen to the latest songs, only on JioSaavn.com
Watch the trailer of Ranveer Singh and Vaani Kapoor's Befikre:


Another significant change in Aditya Chopra's modus operandi from DDLJ to Befikre is his choice of lead actor. Until Befikre, Aditya only directed Shah Rukh Khan, who he said is a "very bad habit that you just cannot get over." Aditya said that he would make a film with SRK soon, but before that he needed to make a film without him and enter Ranveer Singh. Of his current lead star, Aditya said: "From the very first day that I directed Ranveer Singh, he was Shah Rukh for me. The same energy, the same brilliance and the same intellect." He added: "I would not have made Befikre if an actor called Ranveer Singh did not exist."