Preity Zinta Aced The FaceApp Challenge 15 Years Ago. Here’s How

Preity Zinta's rendition of the FaceApp cracked up the Internet 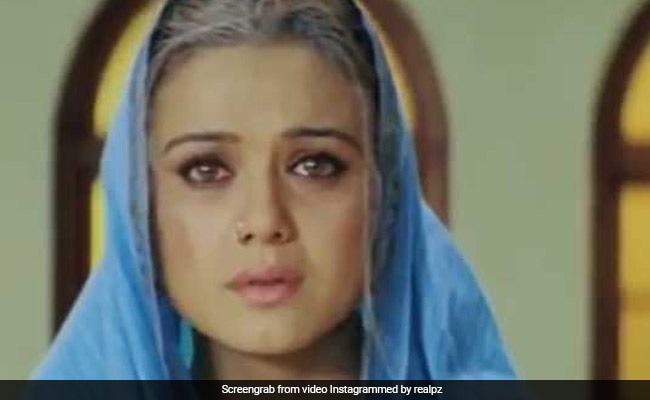 There is absolutely no denying the fact that the Internet is currently obsessed with the viral FaceApp trend. The application has also caught the fancy of several Bollywood celebrities too, who have been posing pictures of their old selves (but more on that later). If we had to pick a winner, it would be Preity Zinta because she aced the FaceApp Challenge before anyone else even thought about it. In case you still haven't figured out what we are talking about, we are referring to Preity's rendition of the viral challenge, as a part of which, she posted a GIF of herself from her 2004 film Veer Zaara. In the film, Preity had two drastically different looks- one in which she was her young self and in the other, she donned a grey wig and prosthetic make-up to show the aging of her character.

Sharing the GIF from Veer Zaara on her Instagram profile, Preity wrote: "Ye dekho aur bolo... Been there, done that long back." She added the hashtags #faceappchallenge #ting." Take a look at Preity's post here:

Been there, done that long back #faceappchallenge #ting

For those who don't know, FaceApp is an application with a filter, which can make a person look about 50-60 years old. Arjun Kapoor was the first one to try the FaceApp filter. Take a look at a much older Arjun Kapoor here:

A few days ago, Taapsee Pannu shared a cheeky post on her Instagram profile. Taapsee shared a picture of her look from her forthcoming film Saand Ki Aankh, in which she plays the role of a 70-year-old shooter and wrote: "And no, this is not from the app everyone is going crazy about."

And NO THIS IS NOT FROM THE APP Everyone is going crazy about ! #SaandKiAankh #ThisDiwali

The Jonas Brothers couldn't help but resist the app either. Nick, Kevin and Joe Jonas shared a selfie using the FaceApp and the results were pretty amusing. See for yourself.

Whose rendition of the FaceApp did you like the best? Tell us using the comments section below.