"When Ekta Kapoor gets to you before the FaceApp challenge," wrote Smriti Irani 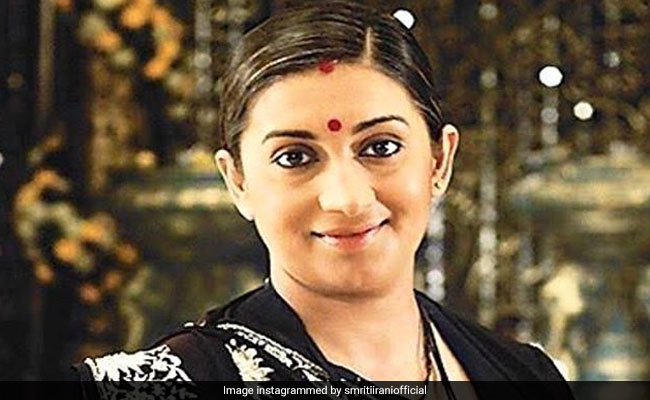 What celebrities are doing nowadays with the viral FaceApp, Smiri Irani did like a boss 10 years ago. The actress-turned-politician, who is known for her hilarious posts on social media, recently shared a throwback picture of herself, which appears to be from the sets of her iconic '90s TV soap Kyunki Saas Bhi Kabhi Bahu Thi and credited the show's producer Ekta Kapoor with ageing her much before FaceApp made it a thing. We bet Smriti Irani's caption will leave you in splits. Sharing the picture of the older version of her Kyunki character Tulsi Virani, in which she can be seen sporting wrinkles and grey hair, Ms Irani wrote, "When Ekta Kapoor gets to you before the #faceappchallenge #tbt."LOL. Ekta Kapoor reacted to the picture and wrote: "And you do it like a boss! It was the third leap na."

Smriti Irani played the role of Virani daughter-in-law Tulsi on Kyunki Saas Bhi Kabhi Bahu Thi , which ran from 2000 to 2008. The show's storyline included three time leaps - the first jumped 20 years to show Tulsi and husband Mihir Virani as parents, the second jumped another 20 years to show them as grandparents.

Check out Smriti Irani's (or you can say Tulsi Virani's) latest post:

Smriti Irani's Instafam filled up her post with witty comments. "Coolest Union Minister ever!" wrote one user while other commented: "FaceApp failed here." Many others left adorable comments praising the former actress' traditional look. Smriti Irani is currently the Minister of Textiles and the Minister of Women and Child Development. She ventured into politics in the year 2003.

The FaceApp challenge is taking the Internet by storm, and Twitter and Instagram are currently flooded with photos featuring old and wrinkled faces of celebrities. Actors such as Varun Dhawan, Jonas Brothers, Sonam Kapoor and Arjun Kapoor have got the FaceApp treatment and shared the artificially aged pictures of themselves on their respective social media accounts.

70 years of reebokXvarundhawan P.s I didn't stop training. Alot of people feel this is the way @anilskapoor will look when he's 100 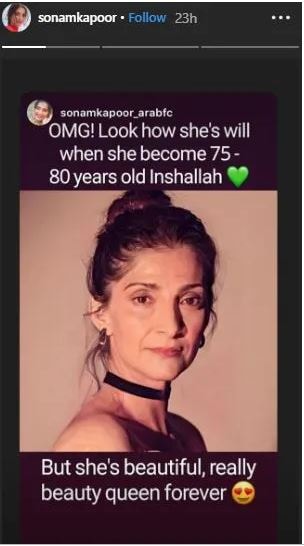