"Beach Bum" Ileana D'Cruz Is Dreaming Of Her Happy Place

Ileana D'Cruz can't wait to go back to the beach 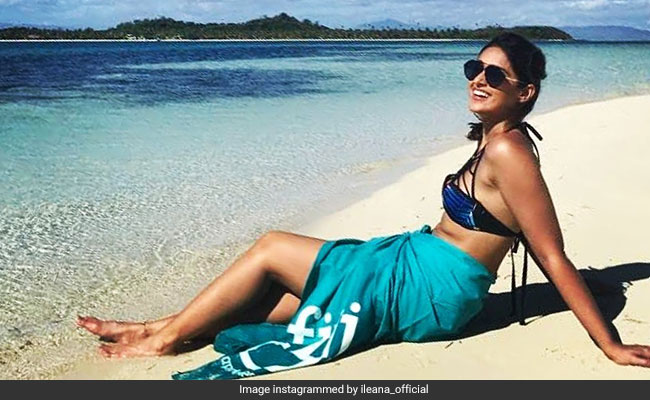 Ileana D'Cruz described herself as an "island girl for life" in her latest Instagram post and it's easy to see why. On Wednesday, the actress shared a stunning set of throwbacks on her Instagram profile. In her post, the actress revealed that the pictures happen to be from Fiji. In the pictures, Ileana can be seen dressed in blue swimwear, with a matching wrap-around of sorts. She accentuated her look with sunglasses and a bright smile. "Wishful thinking?" read the caption on her post. She added the hashtags #islandgirlforlife, #takemeback, #beachbum and #fiji to her post. Ileana's post was flooded with heart and fire emojis within a few minutes and TBH we are not surprised at all.

Water baby Ileana D'Cruz frequently shares pictures from the beach and her Instagram profile is a sheer delight. ICYMI, take a look at some of her posts here, you can thank us later.

Me running away from my responsibilities #byeeee

In terms of work, Ileana D'Cruz was last seen in the 2019 comedy film Pagalpanti, which starred Anil Kapoor, John Abraham, Urvashi Rautela, Arshad Warsi, Pulkit Samrat and Kriti Kharbanda in pivotal roles. She is best-known for her performances in Bollywood films such as Barfi!, Phata Poster Nikla Hero, Rustom and Happy Ending, to name a few.

The actress will next be seen in The Big Bull, co-starring Abhishek Bachchan. The film has been directed by filmmaker Kookie Gulati and it has been produced by Ajay Devgn. The Big Bull was announced as one of the seven big Bollywood films to release on OTT platform Disney+Hotstar. However, the film's release date hasn't been announced yet.