Batla House Movie Review: The film leaves you with a feeling that it had the potential to be an absolute humdinger. But stray flashes apart, the dramatized true story drifts too far from the heart of the matter without delivering the expected drama 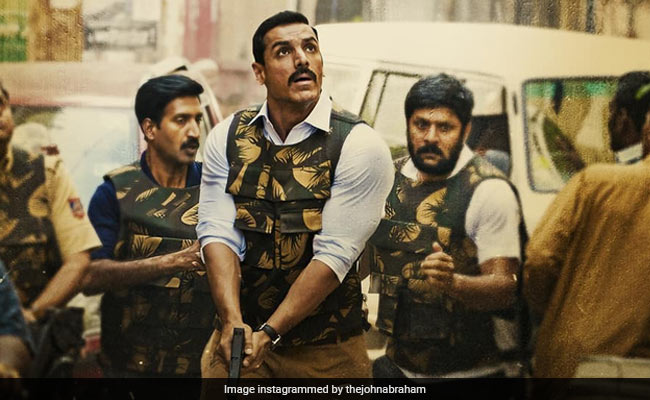 The Batla House hero, conjured up by screenwriter Ritesh Shah and director Nikkhil Advani, is a righteous cop refreshingly devoid of cocky certitudes. His pangs of guilt and self-doubt over the fallout of a controversial operation that he leads from the front set him apart from all those angry, invincible Bollywood policemen who go about their jobs of cleaning up the world without ever batting an eyelid.

This out-of-ordinary crime-fighter, a man whose moral compass seems to be intact through the ups and downs of his calling, cannot paper over the film's inconsistencies in terms of its pacing and posturing. Batla House begins on an impressively strong note but then trails off into a haze of uncertainties stemming from the erratic, contradictory pulls and tugs of the plot and swerves into facile courtroom drama territory without leaving the audience any wiser than it was at the outset.

Assistant Commissioner of Police Sanjay Kumar (played with befitting and applause worthy restraint by John Abraham) is PTSD-afflicted. A fictionalized figure in what is projected as a story "inspired by true events", he does not preen. His gait has more wobble than swagger, a sign of a man not particularly sure of the ethical implications of what he has waded into. A welcome departure from the norm no doubt! 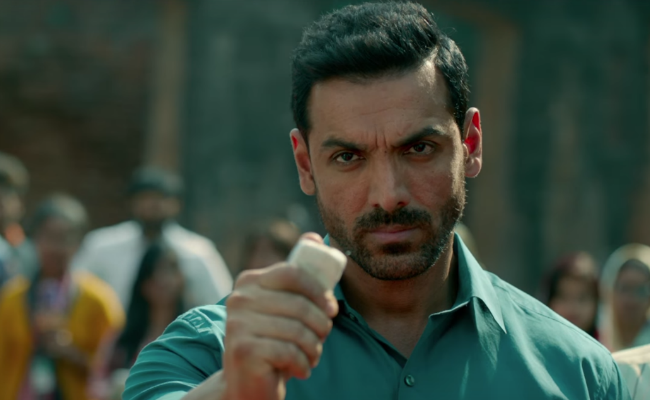 In fact, a la Lady Macbeth, Sanjay Kumar has waking nightmares in which he sees himself being shot in the heart by the two boys killed by his men, members of the Delhi police special cell. He sees blood on the gallantry medal that he wins for his role in scuttling a suspected terror plot. His television newsreader-wife Nandita (Mrunal Thakur) suggests therapy. He meets a shrink. Although this strand of the plot, which merited much sharper attention, isn't followed through to its logical conclusion, it does prevent Batla House from being reduced to a chest-thumping, good-versus-evil, us-and-them drama. In fact, the protagonist avows that he does not believe in any binary even as he deals with his personal demons. Inevitably, however, the film is never more than a thundering line of dialogue or an overdramatic scene away from slithering down the dark hole of Islamophobia. In the times that we live in, any tendentiousness is bad enough although Batla House isn't the sort of film that revels in baying for anybody's blood.

ACP Sanjay Kumar is a survivor of the Batla House encounter of September 2008 in which two young men suspected of links with Indian Mujahideen were killed and a much-decorated city police inspector lost his life in a house in South Delhi's Jamia Nagar. The slain policeman in the film, Kishan Kumar Verma (Ravi Kishen), has a real-life parallel in Mohan Chand Sharma, who was killed in the Batla House encounter, raising questions not only over why he was allowed to go in without a bulletproof jacket but also over why such strong-arm tactics were necessary to nab a bunch of university students feared to have been radicalised.

Much like its conflicted hero, the film comes across as rather confused. Batla House begins with an inordinately long pre-credits disclaimer (obviously CBFC-mandated) to distance itself from any assertion that it is presenting the truth and nothing but the truth. What follows is a thriller whose makers are unable to decide what stand to take on the incident that has inspired the screenplay. When the plot winds up in a courtroom, the film presents both sides of the case, taking care to point out in an onscreen rider that "the filmmakers do not endorse any of the views on either side". Batla House is a 'bipolar' film that oscillates between the perfectly sane and the troublingly callous as it examines the morality of men in uniform using undue force and presents a facile portrait of youth armed and misled by religious zealots. 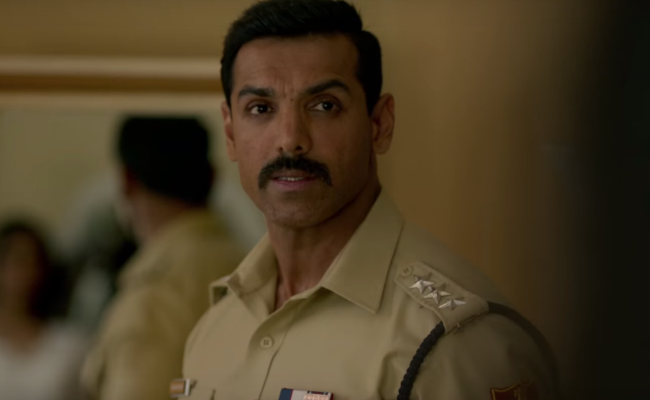 In one scene, Sanjay, whose hands are tied by the limits of the law within which he has to function, the orders that he has to take from his superiors in the force (represented by an underutilized Manish Chaudhry in the guise of the Delhi police commissioner) and the government and constant scrutiny by the media and social activists, gives the boy that his men have arrested from Batla House a Quran crash course. When the suspect cites religious sanction for his being part of a violent cause, the police officer takes out a copy of the holy book to prove to him that Islam does not support his line of thinking because the tenets of this religion have no room for the killing of innocents.

Later in the film, the hero engages in an animated debate with his own lawyer and asserts that his truth and the public prosecutor's truth can never be the same because the latter does not have to face bullets in the line of duty. It isn't a bad thing that Batla House does not pretend to be a know-all account of what transpired that day, but some more punch might have elevated the discourse at its heart to a higher plane.

Batla House held together by a steady and solid star turn by John Abraham, leaves you with a feeling that it had the potential to be an absolute humdinger. But stray flashes apart, the dramatised true story drifts too far from the heart of the matter without delivering the expected drama. All said and done, the lead actor delivers, so his fans have no reason not to watch Batla House.