"Basu Chatterjee Wasn't Somebody To Be Bogged Down By Crisis": Byomkesh Bakshi Actor Rajit Kapur 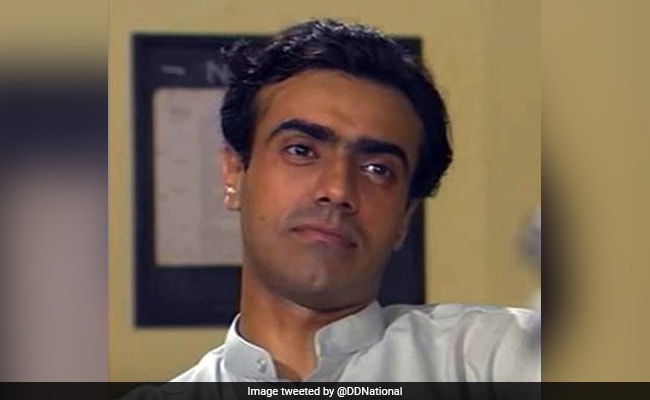 Actor Rajit Kapur describes the first narration for the hit detective series Byomkesh Bakshi by Basu Chatterjee as "brief" but the experience of working with the director on the show left him with an everlasting lesson: to always retain simplicity. Basu Chatterjee, known for his relatable, light-hearted brand of cinema with films such as Rajnigandha and Chitchor, died on Thursday following age related health issues. He was 93. Rajit Kapur played the titular role on the 1993 Doordarshan series Byomkesh Bakshi, directed by Basu Chatterjee. Calling Basu Chatterjee a "sharp mind," the actor told news agency PTI: "The man had a great sense of humour. He was not somebody to be bogged down by crisis or problems. He was extremely practical and always knew he'd find a solution."

"Never grudgingly but with a smile. When you're shooting, there are problems everyday but he'd say ''if not A, let's look at B, if not that, then C," added Mr Kapur.

The actor described Basu Chatterjee as someone who kept crossing hurdles one after the other, never stopping, and rarely sad. "That attitude kept him going. He'd look for solutions and I've learnt that kind of practical approach from him. That's the approach he applied to his work."

Though Byomkesh Bakshi, based on the character created by Sharadindu Bandyopadhyay, saw many versions, including a Bollywood film by Dibakar Banerjee, the TV series is often credited as one of the best adaptations of the character on screen.

The reason behind the popularity of the series, Mr Kapur explained, was that even though the show was about a detective, it had the trademark simplicity one would associate with a Basu Chatterjee film.

"He had an extremely simple, basic approach with no frills attached. He'd straight get to the point, which was reflective to the kind of person he was: honest. If something wasn't working, he'd tell. He was a very no nonsense person. That simplicity is seen in his work, be it Rajnigandha, Chhoti Si Baat or even a detective series like Byomkesh," he told PTI.

The actor said his colleagues from the series Yugantar suggested his name to the filmmaker for the titular role. When a meeting was fixed with Basu Chatterjee, the Raazi actor recalled that the filmmaker offered him the part instantly.

"We met and within 10 minutes he told me, 'I want you to play this.' We shot the series as a film, we went location wise and focused on the first 20 episodes. In those, we shot all Byomkesh's scene of his house in Versova, then we went to another important location. That's how he had planned it," he said.

Rajit Kapur said what always remained true for the filmmaker was his ability to "go beyond" in chronicling stories. "Simplicity as an approach was part of his creative work. He would always look for the core. Many filmmakers today ignore that and talk about the periphery, the frills. But he never let it go. The simplicity, the core always remained," he added.