Bard Of Blood Review: With Emraan Hashmi, in an admirably restrained way, etching out a believable saviour figure. 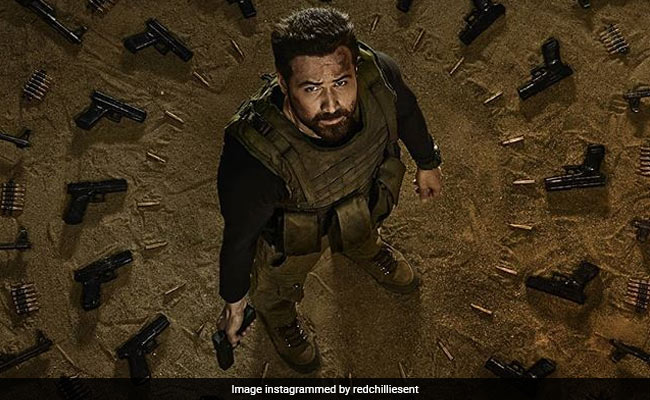 The poetic and the sanguinary overlap, sometimes a bit too self-consciously, in Bard of Blood, a Netflix original series produced by Shah Rukh Khan's Red Chillies Entertainment and directed by Ribhu Dasgupta (Te3n). As the gripping espionage thriller waxes and wanes, it draws strength from a measured pivotal performance by Emraan Hashmi and steady support from a cast that includes Sobhita Dhulipala, Viineet Kumar, Kirti Kulhari, Jaideep Ahlawat, Rajit Kapur and Sohum Shah.

Mayank Tewari's writing, shorn of diversions, could have done with some humour. The lack of lightness is, however, understandable given the dangerous cloak-and-daggers universe the series probes. Spying is serious business, not the least for a guilt-ridden operative who has gone off the radar to live down a fiasco that ended his career five years ago.

Hashmi plays Kabir Anand, an intelligence agent who comes out of hibernation to lead an "off-the-books" mission to rescue four Indian spies held captive in Balochistan. He spouts Shakespeare and broods in the manner of a tragic hero. He recites Macbeth's "life's but a walking shadow..." soliloquy even as a student in the college where he teaches questions the Bard's relevance.

Two of the episode titles - 'When sorrows come, they come not in single spies, but in battalions' and 'My stronger guilt defeats my strong intent' are derived from Hamlet. But the seven-episode series is imbued less with the spirit of Shakespeare's classic tragedies than with the dynamics of his history plays where wily statecraft and vaulting ambition drive individuals towards acts of betrayal and heroism. 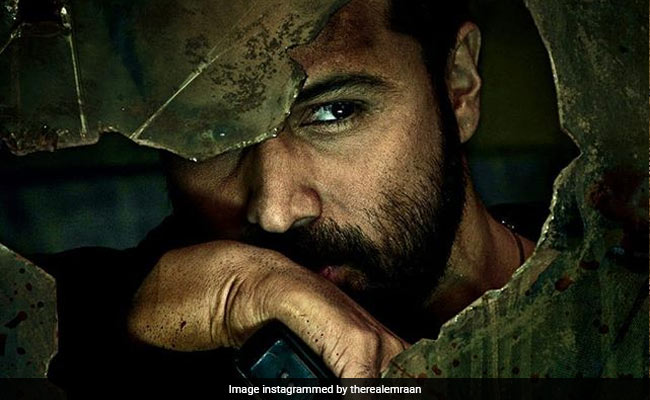 The quote that defines Kabir's personal battle is extracted from lines spoken by the Earl of Warwick in Henry VI Part 3: "I'll never pause again, never stand still till death hath closed these eyes of mine, or fortune given me measure of strength." The Bard had used the word "revenge". Here, it is replaced by "strength". Not without reason.

Bard of Blood, created by Bilal Siddiqi (from whose novel the series is adapted) and Gaurav Verma (producer of Ittefaq and Badla), gives us a hero who isn't just another vengeance-seeking crusader. It is redemption that he is after, driven by the memory of a fallen brother-in-arms, Vikram (Sohum Shah), for whose death he blames himself. "Stop feeling guilty for Vikram, Kabir," his boss, the Indian spy agency's second-in-command, Sajid Sheikh (Rajit Kapur), advises him, trying to draw him out of his shell - and back into action.

Kabir's decision to make a comeback is prompted by another 'personal' tragedy. As luck would have it, he is once again in danger of becoming the fall guy. But this time around, the blow enthuses him to swing into action. He teams up with Isha Khanna (Sobhita Dhulipala), an analyst in India's spy agency, and Veer (Viineet Kumar), an undercover agent in Balochistan.

Somebody close to him asks: Why dig up old graves, Kabir? "To bury my past once and for all," he replies. Balochi secessionist and artist Jannat (Kirti Kulhari) goes a step beyond. "Don't dig up old graves," she asserts. "I have to. I have to bury my past," says Kabir. Strangely, the Kabir Anand back story does not go very far into the past.

He is no 'family man' and we have no clue about his antecedents beyond what happened five years back. All we know is that after his unceremonious exit from the spy agency, he teaches Shakespeare in a college. Exactly how he landed the job is a mystery. We can only surmise that Kabir is a literature grad who strayed into the world of spying. In one scene, he does let on that his mother was a Shakespeare teacher. But given the yarns he spins to conceal his identity we have no way of ascertaining the veracity of that info.

But while personal arcs are largely kept out of the frame, the gender question inevitably arises with regard to Isha. Seeking a mission posting, she has faced rejection four times on the grounds that the field is "too sensitive for a female officer". The first time she fires at an enemy, her hands are unsteady. Veer describes her as "the weakest link". Kabir springs to Isha's defence. As the mission faces hurdles, there are times when an otherwise phlegmatic Kabir loses his cool. But his ire makes no distinction - it is directed equally at Isha and Veer.

The only time that Isha is allowed to express any sort of emotion is when she bids goodbye to her mother. I am off to Goa for a break, she lies as she heads to the door. She pauses, returns and hugs her mother. "I love you, mom. I don't say it enough," she says. But once she lands in Kandahar on her way to Balochistan, Isha is back to her inscrutable best.

Veer is himself on a sticky wicket. He has been all but forgotten by his agency and left to rot away in Balochistan. We do learn that back in his village in Punjab he has a father who is steadily losing his memory, a fact that lends urgency to Veer's yearning to return to India and meet the old man before he forgets his son.

Bard of Blood does not shy away from dwelling upon India's meddling in Balochistan. At least three characters in Bard of Blood, including Jannat, a woman caught between a teenaged brother and a husband fighting for control of an outfit of Balochi rebels, represent the voices of resistance who receive active support from the three-member Indian mission team.

The principal antagonist is a Pakistani secret agent (Jaideep Ahlawat, constantly moving back and forth between the derisive and the diabolical, and much else in between, in the flash of an eye). This venom-spewing villain believes that "spies and cockroaches thrive in darkness" and once a spy is exposed, he is no more than a mere cockroach. But Bard of Blood isn't so much about squashable creepy crawlies as about beasts of prey on the prowl.

Among them are the Taliban supremo Mullah Khalid (Danish Hussain), modelled on Mullah Omar, and his hot-headed son, Aftab (Ashiesh Nijhawan), who ratchet up strong jihadi sentiments in the region and vent their hate upon the quartet of spies in their custody. The war that Kabir and his colleagues wage is two-pronged and staying ahead of the curve is the difference between life and death.

Bard of Blood may not be consistently pulse-racing fare and parts of it may seem predictable, but with Hashmi, in an admirably restrained way, etching out a believable saviour figure, the series is never less than engaging. From the point that the jigsaw pieces of the plot are clearly laid out in a strikingly uncluttered first episode to the hero's explosive, blood-soaked climactic showdown with a ruthless foe smoked out of a rathole, Bard of Blood keeps us invested in the fate of the key characters. Binge-worthy all the way.

(Bard of Blood streams on Netflix from September 27)