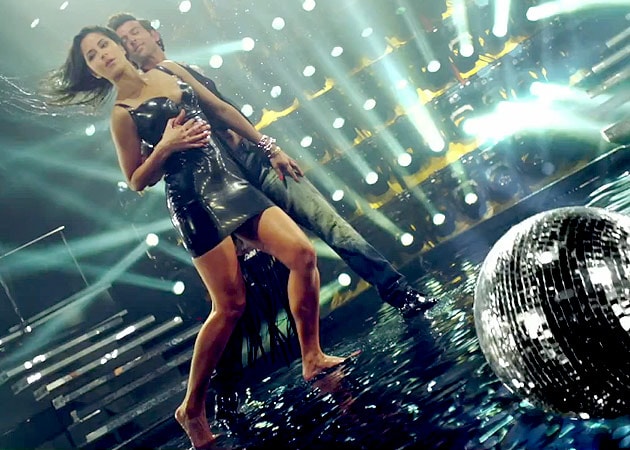 Hrithik Roshan and Katrina Kaif in a still from Bang Bang title track.

In the title song from Bang Bang, Bollywood heartthrob Hrithik Roshan serves up a potent and deadly cocktail of killer looks, style, charm and, of course, dance.

When Hrithik made his Bollywood debut in Kaho Naa.. Pyaar Hai his song Ek Pal Ka Jeena became a rage. And now, 14 years later, Hrithik's song Bang Bang is all set to do the same.

With its upbeat music and catchy lyrics, the song has all that it takes to become the new party anthem, but its Hrithik's smooth moves that goes for the Bang Bang kill.

In a solo piece lasting a few seconds, Hrithik performs a take om King of Pop Michael Jackson's style which is undoubtedly the song's highlight.

The song also Hrithik's co-star Katrina Kaif, who looks glam and sizzles on the dance floor but mostly tries to catch up with Hrithik. Dancing with him was her biggest challenge in the film, Katrina confessed a while ago. She gets points for a brave attempt.

Promoted
Listen to the latest songs, only on JioSaavn.com
The film's music is composed by Vishal- Shekhar. The song, choreographed by Bosco-Caesar, is sung by Benny Dayal and Neeti Mohan. Bang Bang is directed by Siddharth Anand and will release on October 2.