In pictures from her birthday party, Harshaali looks pretty in a pink frock 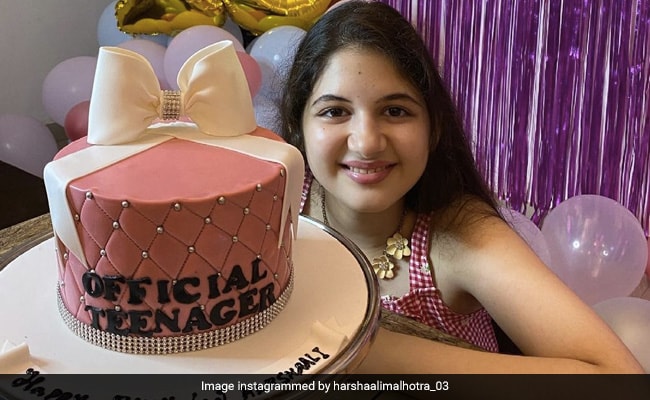 Child artiste Harshaali Malhotra, who is best-known for playing the role of Munni in Salman Khan's 2015 film Bajrangi Bhaijaan, is "officially a teenager" now. The little star turned 13 on Thursday and shared glimpses of her birthday celebrations on her Instagram profile. Harshaali, who brought a smile on our face with her performance in Bajrangi Bhaijaan, looks pretty in a pink frock in photos from her birthday party. In one of the posts, she can be seen happily posing with her birthday cake while in another, she can be seen cutting the cake. "It's my birthday ... yippppeeee...Officially teenager now," Harshaali captioned the video and for photos, she wrote: "Celebrations."

In a separate post, Harshaali Malhotra posted pictures of herself cutting another birthday cake. Take a look:

In Bajrangi Bhaijaan, Salman Khan plays the role of Pawan aka Bajrangi. The film revolves around the story of Pawan and Munni - how he tries to reunite Munni, who gets lost in India, with her family in Pakistan by overcoming many obstacles. The film won the National Award for the Best Popular Film Providing Wholesome Entertainment.

Other than films and TV series, Harshaali has also featured in several TV commercials.