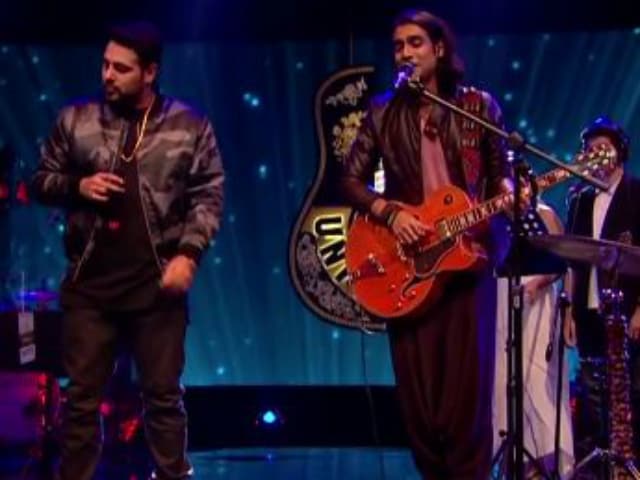 New Delhi: Rapper Badshah recently partnered with singer Jubin Nautiyal to reprise a Pahadi song, Oo Saathi Oo Saathi, for MTV Unplugged Season 6 which quickly went viral on the Internet. The video, which was posted on Facebook on March 23, received over 1.5 million views in two days and more than 38,000 likes and over 11,000 shares were registered within just few hours of the song being posted. The song is sung by Jubin and the rap is performed by Badshah. Oo Saathi Oo Saathi, which tracks the story of a lovelorn man, is an old romantic song from the hills. The song was originally sung by Jaunsari singer Khajan Dutt Sharma. The reprised song was telecast on the finale episode of the MTV Unplugged Season 6 on Saturday.

Jubin, who hails from Dehradun, shared his joy of reprising a famous Pahadi song with his fans.

Sound from my home...love for my people. @Its_Badshah thank you brother for loving this song. This means a lot to me https://t.co/zVsK5k3hMG

The Kala Chashma rapper also thanked his fellow-singer Jubin for letting him be a part of the song.

Thank you for letting me make O SATHI a part of my set bro. Its time we officially release it https://t.co/CHD5Uoagie

Four months ago, Badshah went live on Facebook sharing a sneak peek from the sets of the show while recording it and announced his collaboration with Jubin.


Jubin, who was awarded with Upcoming Male Vocalist 2016 at 8th Mirchi Music Awards for Bajrangi Bhaijaan's Zindagi Kuch Toh Bata, was quoted by Radio Music as saying: "The song took only 20-30 minutes to structure and it all went so smooth. The director of MTV Unplugged Season 6, Jaggi wanted me to do a show with Badshah. His idea was to come up with a piece out of the box. That is when I proposed him a folk song from my native."

Promoted
Listen to the latest songs, only on JioSaavn.com
Check the song below: