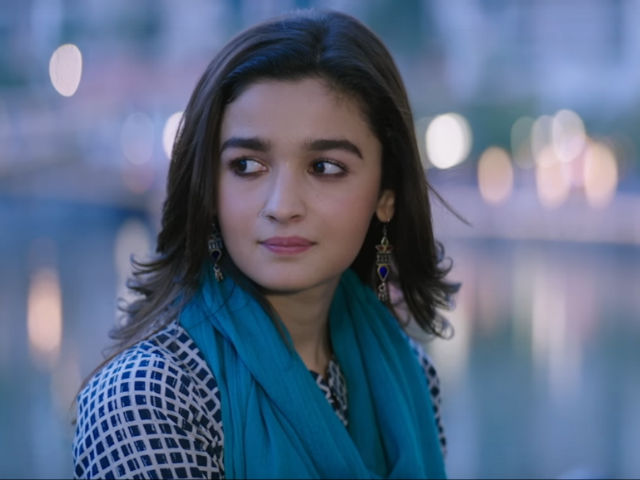 A still from the song Roke Na Ruke Naina

New Delhi: After delivering grooving numbers like Tamma Tamma, Aashiq Surrender Hua and the title song of Badrinath Ki Dulhania, the makers of the movie released an emotional number titled Roke Na Ruke Naina on Friday. The video of the song shows how Badri and his dulhania decide to part ways and struggle to cope up with their break up. The beautiful song has been sung by Arijit Singh and has been written down by Kumaar. Amaal Mallik has composed the soothing music for Roke Na Ruke Naina. Badrinath Ki Dulhania, directed by Shashank Khaitan, is scheduled to release in theatres on March 10.


Alia Bhatt and Varun Dhawan have been actively promoting their upcoming film across the country. The Badrinath Ki Dulhania team is currently in Delhi for the film promotions. The Badlapur actor posted a picture on Instagram, captioned: "Thank you Hindu college delhi see you in the theatre. @shashankkhaitan(sic)."

Thank you Hindu college delhi see you in the theatre. @shashankkhaitan

Badrinath Ki Dulhania has been produced by Karan Johar under Dharma Productions banner. The movie marks Alia Bhatt and Varun Dhawan's third collaboration. The Dear Zindagi actress and the Dishoom actor had made their Bollywood debut together in 2012 with Karan Johar's movie Student of the Year. They have also featured together in 2014 film Humpty Sharma Ki Dulhania.

Promoted
Listen to the latest songs, only on JioSaavn.com
Alia Bhatt, who was last seen in Gauri Shinde's Dear Zindagi along with Shah Rukh Khan, will now be teaming up with Ranveer Singh for Zoya Akhtar's next venture titled Gully Boy. The film will see the Bajirao Mastani actor sharing the screen space with the 23-year-old actress for the first time.

Meanwhile, Varun Dhawan was last seen in Dishoom co-starring John Abraham. He will next be seen in Judwaa 2 directed by David Dhawan. The film also features Jacqueline Fernandez and Taapsee Pannu in lead roles. The movie is scheduled to release in September this year.