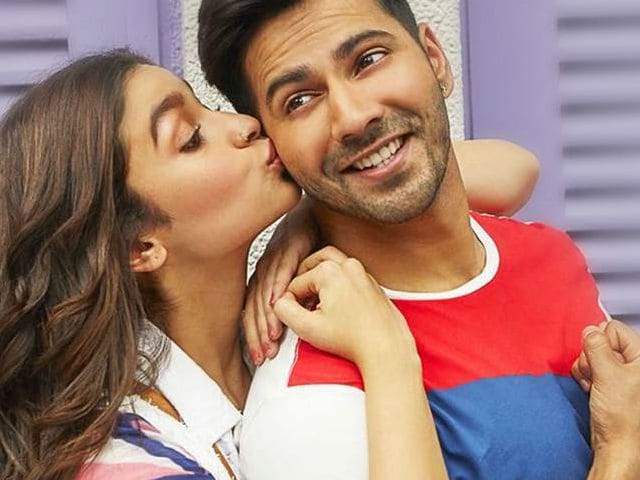 New Delhi: Varun Dhawan and Alia Bhatt's latest film Badrinath Ki Dulhania released today. Bollywood celebs, who saw the film on Thursday at a special screening, gave their reviews on Twitter soon after they stepped out of the theatre. Director Siddharth Malhotra along with Mandana Karimi, Mahesh Bhuapti and Milap Zaveri gave the film a thumbs-up. They say that in Badrinath Ki Dulhania you'll "laugh, cry and fall in love once again." The film is a sequel to Humpty Sharma Ki Dulhania, also starring Varun and Alia. Shashank Khaitan reprises the role of director and the film is backed by Karan Johar's Dharma Productions.

Here's are some celeb reviews of Badrinath Ki Dulhania:

Super chemistry between @Varun_dvn and @aliaa08 Wish there were more Badris in our world. #BadrinathKiDulhaniapic.twitter.com/7hptq1nyrA

Laugh, cry and fall in love once again. Go watch the unmissable #BadrinathKiDulhania@karanjohar@ShashankKhaitan@Varun_dvn@aliaa08

And u have thoroughly entertained VD @Varun_dvn loved badrinath and his Dulhaniya https://t.co/DmiOfcmIh3

Both Badri and his Dulhania Nailed it...

Take a bow @ShashankKhaitan Its an art to blend emotion and humor and you my friend have mastered it! #BadrinathKiDulhania is your victory!

Badrinath Ki Dulhania is the story of how Jhansi-based amateur Badrinath Bansal, who is desperate to get married, woos Vaidehi, a smart and collected young woman with an ambition and life plan. For Vaidehi 'respect' is as important as 'love' to make a relationship work but for Badri nothing is above love.


The film's tonality retains the hint of Humpty Sharma Ki Dulhania but Varun Dhawan told NDTV that the two films and the characters they play are very different. "Humpty was a boy. Here Badri (at least he thinks) is a man. 'Jhansi ke asli mard hai hum,' that's what he says. Humpty wasn't an MCP, Badri is an MCP. That's the character and there's a graph to it," Varun told NDTV.

Promoted
Listen to the latest songs, only on JioSaavn.com
Watch Varun Dhawan And Alia Bhatt talk about Badrinath Ki Dulhania: