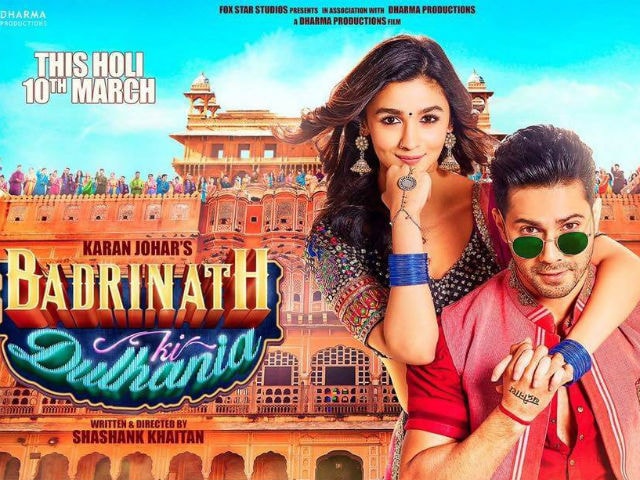 Promoted
Listen to the latest songs, only on JioSaavn.com
Badrinath Ki Dulhania stars Varun as Badrinath Bansal, who falls in love with Vaidehi Trivedi, played by Alia Bhatt and since then, he wants to make Vaidehi his dulhania. However, Vaidehi, who is a confident and ambitious girl is unimpressed by the unsophisticated advances of Badri and rejects him. The film's plot revolves on how Badrinath woos his dulhania. The success of the movie proves that Varun and Alia's jodi on-screen is a definite hit. Badrinath Ki Dulhania is the 24-year-old actress and the Badlapur actor's third film together after Student Of The Year and Humpty Sharma Ki Dulhania.

Alia will next be seen in Ayan Mukherjee's Dragon, also starring Ranbir Kapoor. The actress also has Gully Boy and Shuddhi in her bag. Varun will now-after starts shooting for Judwaa 2, where he is playing a double role opposite Jacqueline Fernandez.