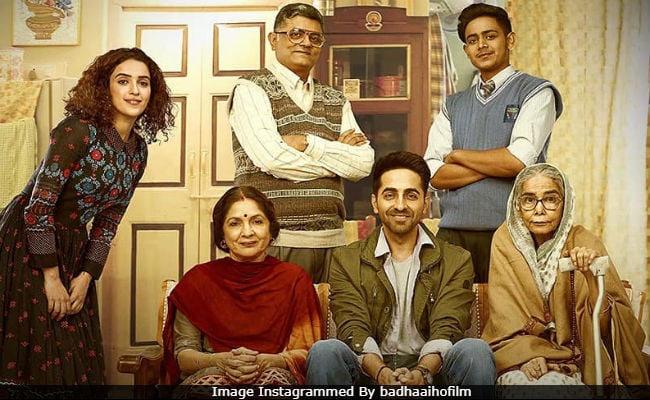 In Australia too, the film is 'raking big numbers.' Mr Adarsh also listed the box office figures of some of Ayushmann Khurrana's films in Australia, including the recently-released AndhaDhun.

In his review for NDTV, film critic Saibal Chatterjee gave Badhaai Ho 3.5 stars out of 5. "This is a family drama with a difference whose appeal stems from the confident and steady manner in which it unfolds. Badhaai Ho is relatable despite the fact that it deals with a situation that isn't all that common, in real life or in cinema. It is certainly worth a visit to the multiplex," he wrote.

In Badhaai Ho, Neena Gupta and Gajraj Rao play a middle-aged couple with two grown up sons. The news of Neena Gupta's third pregnancy is the main plot of the story. Ayushmann Khurrana plays their elder son while Sanya Malhotra stars as his love interest. Surekha Sikri and Shardul Rana are also part of the film directed by Amit Sharma.