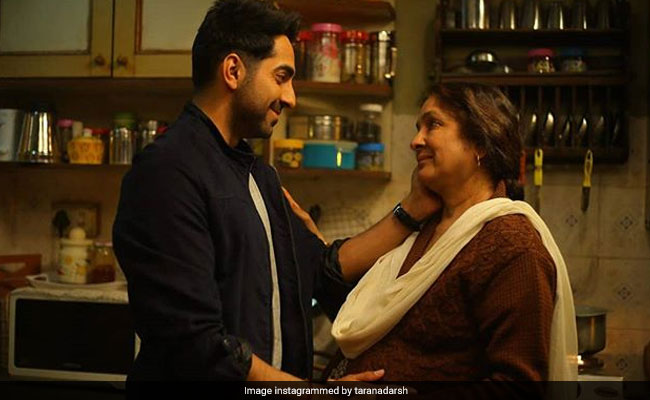 Badhaai Ho clashed with Parineeti Chopra and Arjun Kapoor's Namaste England. The Vipul Amrutlal Shah-directed film has collected Rs 3.50 crore in two days, a Box Office India report stated. "Namaste England had sealed its fate on the first day with such low collections. It has gone up on day two but it hardly matters as the film is doing business that is far too low," the report stated.

Badhaai Ho opened to positive reviews from the critics. In his review for NDTV, film critic Saibal Chatterjee gave Badhaai Ho 3.5 stars out of 5. "Badhaai Ho is a family drama with a difference whose appeal stems from the confident and steady manner in which it unfolds. Badhaai Ho is relatable despite the fact that it deals with a situation that isn't all that common, in real life or in cinema. Sharma knows his craft and demonstrates an acute sense of proportion, especially when he is dealing with the dramatic moments that spur the tale forward," he wrote.

Badhaai Ho is a story of a middle aged couple (played by Neena Gupta and Gajraj Rao ) with a grown up son, who are about to become parents again. Ayushmann Khurrana plays the role of Neena Gupta's son in the film while Sanya Malhotra plays his love interest. The film also stars Surekha Sikri.

Nikhil Siddhartha Shares A Glimpse Of His Lockdown Wedding: Every Guest Was Screened