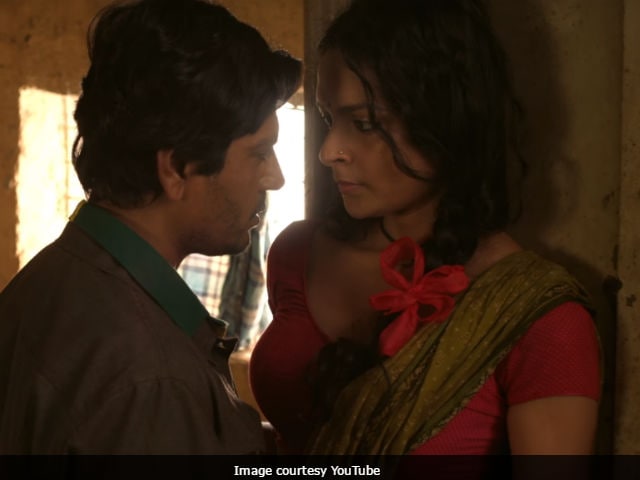 New Delhi: The first song of Nawazuddin Siddiqui's much-talked about movie Babumoshai Bandookbaaz, titled Barfani, has finally been unveiled by the makers of the film. The three-minute song starts with Babu (Nawazuddin Siddiqui) saying, 'Mana ki tall nahi, par dark aur handsome toh hain." The chemistry between Nawazuddin and Bidita Bag in Barfani is sizzling. The melodious song has been sung by Armaan Malik. The beautiful lyrics of the song have been written by Ghalib Asad Bhopali and the music has been composed by Gaurav Dagaonkar. In Babumoshai Bandookbaaz, Nawazuddin will be seen portraying the role of a contract killer, who doesn't think twice before hitting the trigger.

Watch the song Barfani from Babumoshai Bandookbaaz here:
In an earlier interview with news agency IANS, Nawazuddin Siddiqui spoke about his intimate scenes with Bidita Beg. The 43-year-old actor said that he was 'quite nervous' while filming the scenes.

"Yes, I have done intimate scenes for the first time, so I was quite nervous to do such scenes. You feel good and nervous at the same time. It's not that fun when you are doing a scene. You focus on the scene and not on other things," IANS quoted Nawazuddin Siddiqui as saying.

Babumoshai Bandookbaaz has been directed by Kushan Nandy and co-produced by Kiran Shyam Shroff and Ashmith Kunder.

The trailer of Babumoshai Bandookbaaz was unveiled by the makers of the film on July 12.

Promoted
Listen to the latest songs, only on JioSaavn.com
Babumoshai Bandookbaaz is scheduled to release in theatres on August 25.