Baba Ramdev Will Appear In A Film Song. This Is Not A Drill

Baba Ramdev supported director Lom Harsh in the promotions of Yeh Hai India and will also feature in a song from the film. 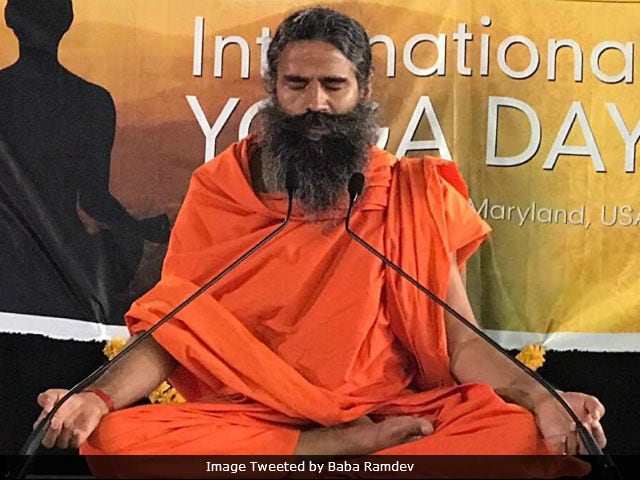 New Delhi: Yoga guru Baba Ramdev will reportedly appear as one of the judges on a singing reality show titled Om Shanti Ombut before that he will be seen in a special song appearance in upcoming film Yeh Hai India, reported news agency IANS. Yes, Baba Ramdev will be seen in a song titled Saiyan Saiyan in Lom Harsh's patriotic film Yeh Hai India. Baba Ramdev, who joined Yeh Hai India's director at a promotional event, told IANS, "The country that has a population of millions, a country where Vedas were discovered, few people around the world have a wrong perspective about this country. India is no more (just) a country of snake (charmers), it has advanced."

Baba Ramdev, who has earlier appeared on reality shows like Nach Baliye and India's Best Dramebaaz as guest, also said, "India has the capability to lead the entire world. This change in the picture of India has been showcased in the film Yeh Hai India. Hence after a lot of thinking I've taken a decision to strongly support this film and I also expect every citizen of India to support such films."

Ramdev seems to be supporting Yeh Hai India in high spirits. Lom Harsh said, "I'm really thankful to Babaji who's lent his full-fledged support to my film. We couldn't have any better public ambassador for our film."

Yeh Hai India features Gavie Chahal and Deana Uppal in the lead roles and is reportedly shot in Rajasthan, Uttar Pradesh, Bihar, Madhya Pradesh and Gujarat. The film is reported to release on August 18.