Baahubali's Ticket Queue in Hyderabad Yesterday Was a Kilometre Long 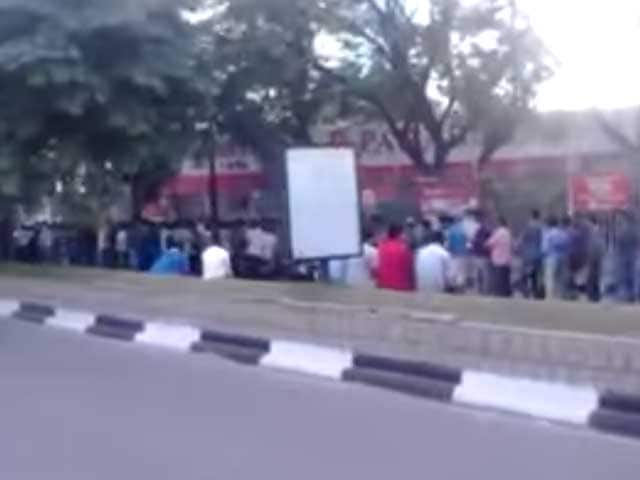 New Delhi: The revenue-impoverished Bollywood box office has already received a pounding from Hollywood biggies like Jurassic World, Furious 7 and Avengers: Age of Ultron. It appears, now, that the multilingual Baahubali might deliver the final blow.

The first instalment of SS Rajamouli's two-part epic releases today. On Thursday, the queue at the ticket counter of a Hyderabad cinema stretched for a kilometre. Police reportedly intervened to maintain order.


"It was reminiscent of the days of Chiranjeevi's movies releasing. Such a response from the movie goers has been seen after a very long time," Kishan, PRO of Prasad's IMAX in Hyderabad, told news agency PTI.

Baahubali has been dubbed in Hindi and presented by Dharma Productions boss Karan Johar. Despite such Bollywood attempts to co-opt it, the film remains a product of the South industry. It has been made simultaneously in Tamil and Telugu and stars South actors Prabhas, Rana Daggubati, Tamannaah Bhatia and Anushka Shetty in the lead roles.

Baahubali, made at a budget of over Rs 250 crores, is India's most expensive film, costlier than Rajinikanth's blockbuster Enthiran. The epic fantasy, three years in the making, has been built on the grandest of scales - from its landscapes to its costumes to its spectacular fight sequences. A battle scene that takes up 20 minutes of the film took four months to shoot. There were 2,000 extras, over 500 technicians, horses, elephants and equipment on set. 600 personnel from 17 visual effects studios in India, South Korea and China created Baahubali's 4,500 special effects and computer graphics.

It releases today in over 4,000 screens, however - "the pressure for tickets is high. We are finding it difficult to give responses," said Mahesh Koneru, handling PR and marketing for the film.

Online, the previews of Baahubali have already gathered blockbuster views. The trailer has been watched over 4 million times on YouTube, the film's Facebook community is over a million strong, it has over one lakh followers on Twitter.