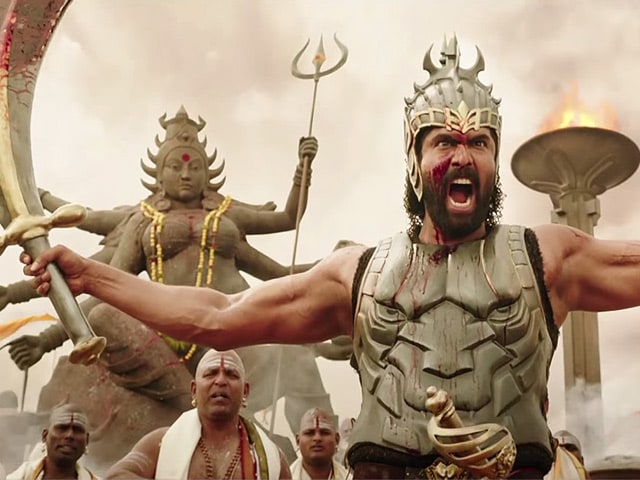 New Delhi: India's most expensive film has completed its first weekend in cinemas and while the complete numbers for Baahubali's Friday-Sunday business are still awaited, the trickle of information indicates that the film will be in the green.

Baahubali: The Beginning, part one of director SS Rajamouli's two-part epic, released in 4,000 screens globally in Telugu, Tamil and Hindi - its three-pronged attack gives it an advantage in volumes over other films. Collectively, the film made Rs 50 crores on day one - far ahead of Bollywood's biggest opener ABCD 2 which made Rs 14.30 crores on its first Friday - and until Sunday, had made Rs 85 crores. This collection is likely to rise once all the numbers are computed.

On Saturday, he revealed that Baahubali had exploded off the starting block:

Baahubali has been made at a budget of Rs 250 crores - the cost of both parts to the film - and, as such, is more expensive than Rajinikanth's Enthiran.

Starring Prabhas, Rana Daggubati, Tamannaah and Anushka Shetty, Baahubali is among this year's most awaited films. The day before it released, Hyderabad saw kilometre-long ticket queues. Trouble was reported in some areas with cops being called in to keep the peace after tickets ran out or were reportedly sold in black.