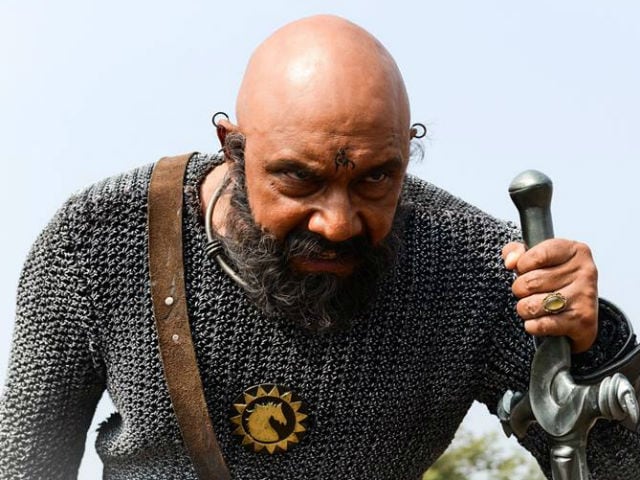 Sathyaraj as Katappa in Baahubali: The Beginning

New Delhi: S S Rajamouli's Baahubali: The Conclusion is easily one of the most-anticipated films of the year. As Baahubali: The Conclusion is ready to hit the screens, the film has faced some trouble regarding its release, after actor Sathyaraj's alleged 'derogatory' comments on the Cauvery water row several years ago. The actor's remarks have prompted the activists to call for a ban on the film's release in Karnataka. However, in Sathyaraj's defence, Rajamouli said that the actor 'cannot hurt anyone.' Speaking to India Today, Rajamouli said, "I worked with Sathyaraj for almost five years and I could have never ever imagined he is a person who could try to hurt someone. Some videos were posted on the internet. When we started inquiring, we learned that whatever comments Mr Sathyaraj made it was nine years back. And after that, about 30 films of his were released in Karnataka. Baahubali: The Beginning released. No one had problems with that. And suddenly, raking up the issue at this point in time is not right."

Various pro-Kannada organisations have demanded an apology from actor Sathyaraj, who stars as Kattapa in the Baahubali franchise.

"It was a direct attack on our people. We are calling for a state-wide ban on the film's release. We will observe a bandh to protest against Sathyaraj in Bengaluru on April 28," new agency PTI quoted Vatal Nagaraj, president of Kannada Chalavali Vatal as saying.

Baahubali: The Conclusion hits the screens on April 28. It will release across 6,500 screens in Tamil, Telugu and Hindi languages.