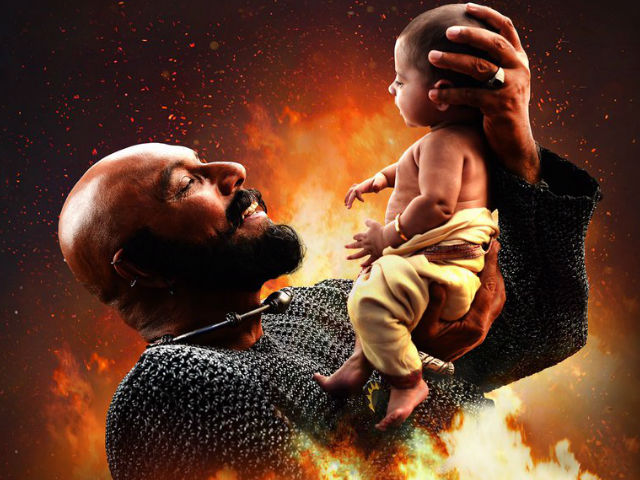 Sathyaraj as Katappa in Baahubali: The Conclusion.

New Delhi: Baahubali: The Conclusion is undoubtedly one the most anticipated films releasing this month. The SS Rajamouli-film is gearing up for release on April 28 but there may be some trouble for the film in Karnataka due to actor Sathyaraj, who plays the role of Katappa in the two-part series. Vatal Nagaraj, president of Kannada Chalavali Vatal, has called for a ban on the film's release in the state because of Sathyaraj's alleged "derogatory remarks" on the Cauvery row, reports news agency PTI. "We are not against the movie Baahubali 2 but Sathyaraj. His derogatory remarks on Kannadigas during the Cauvery river water dispute some years ago were highly condemnable," he said.

"It was a direct attack on our people. We are calling for a statewide ban on the film's release. We will observe a bandh to protest against Sathyaraj in Bengaluru on April 28," Vatal Nagaraj added.

Sathyaraj gave an alleged controversial speech in 2016 and since then his films like Motta Shiva Ketta Shiva and Hyper have released in the state. Vatal Nagaraj said that they did not object to release of those films because they were waiting for the "right time." He told PTI: "Other films of Sathyaraj which were released earlier here weren't worthy and noticeable. However, Baahubali is recognized both nationally and internationally. We were waiting for the right time."

Vatal Nagaraj had also protested against the release of Rajinikanth's Kabali but was taken into preventive custody by the police, reports PTI.

Promoted
Listen to the latest songs, only on JioSaavn.com
Baahubali: The Conclusion stars Prabhas as Baahubali, Rana Daggubati as Bhallala Deva, Anushka Shetty as Devasena and Tamannaah Bhatia as Avanthika. The film will simultaneously release in Tamil, Telugu and Hindi. Karan Johar's Dharma Productions will distribute the film in Hindi.