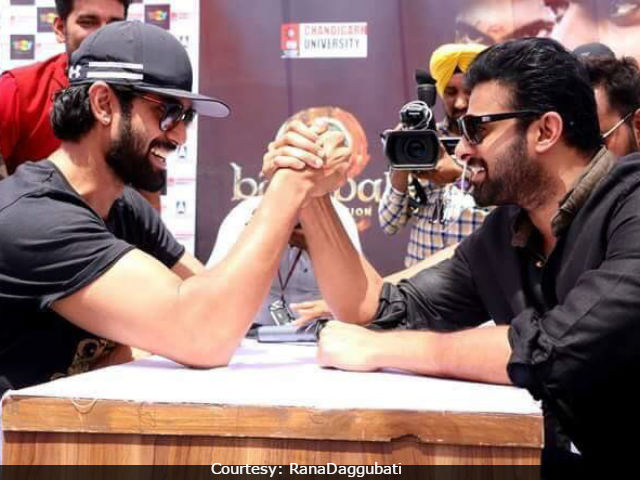 Who do you think won the match?

Prabhas and Rana are supported by an impressive star cast which includes - Sathyaraj, who stars as Katappa, Anushka Shetty as Devasena, Tamannaah Bhatia as Avanthika and Ramya Krishnan as Sivagami.

Rajamouli said that he not 'nervous' about Baahubali: The Conclusion's release. "We were a little nervous during the first part but for this one we are quite confident because there has been a big fan-base which has been following it since the past two years. During this time, none of them lost interest in the film and it kept on going," he told news agency PTI.

Promoted
Listen to the latest songs, only on JioSaavn.com
Last week, as a marketing strategy, the makers of the film re-released Baahubali: The Beginning.

Baahubali: The Conclusion is easily the most-anticipated films of the year as part one has already set the benchmark high. The film had released to a blockbuster status in 2015.