As far as premieres are concerned, Baahubali 2 has been viewed over five times than what was recorded for Tubelight 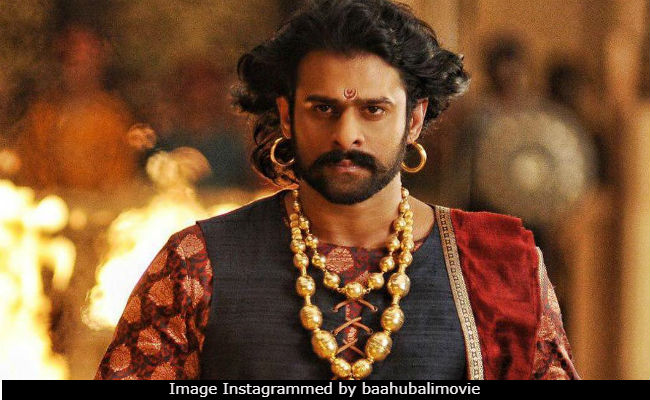 New Delhi: Baahubali 2 is not done with setting records. As if the box office was not enough that Baahubali 2 has now worked its magic on the small screen as well. Baahubali: The Conclusion premiered on television on October 8 and has sealed the spot of the most viewed Hindi movie premiere, with Salman Khan's Tubelight as the second movie. But the baffling difference between the numbers for Baahubali 2 and Tubelight, is noticeable huge. As far as premieres are concerned, Baahubali 2 has been viewed over five times than what was recorded for Tubelight, shows data presented by Broadcast Audience Research Council of India (BARC) for week 41, that is from October 7 to October 13. Tubelight made it's television premiere on October 2.

Yet another landmark for Baahubali. A new record as the most viewed Hindi film premier ever on small screen. Jai Maahishmathi. #Baahubali2. https://t.co/GDWTkU2HEy

"Yet another landmark for Baahubali. A new record as the most viewed Hindi film premier ever on small screen. Jai Maahishmathi," tweeted the official Twitter handle of Baahubali after the blockbuster premiere.

Other movies than take up the remaining three spots are Main Hoon Surya Singham 2, Sooryavansham and Son Of Satyamurthy. The ranking is evaluated on average viewership numbers for original and repeat during the week, states BARC.

Week 41: Here are the top 5 Hindi Movies that were the most watched in HSM (UR) market. https://t.co/fH9CySJs22pic.twitter.com/zVwhq2QevM

Promoted
Listen to the latest songs, only on JioSaavn.com
S S Rajamouli's ambitious series of Baahubali movies have been made on an extravagant budget of Rs 150 crore - which is only one-tenth of what the second part of the epic saga has made. Baahubali: The Beginning released in 2015 to win two National Awards the following year. A glimpse of Baahubali's unparalleled fan frenzy is its overwhelming box office numbers - Baahubali: The Conclusion became the first Indian movie to have scored 1500 box office crores.