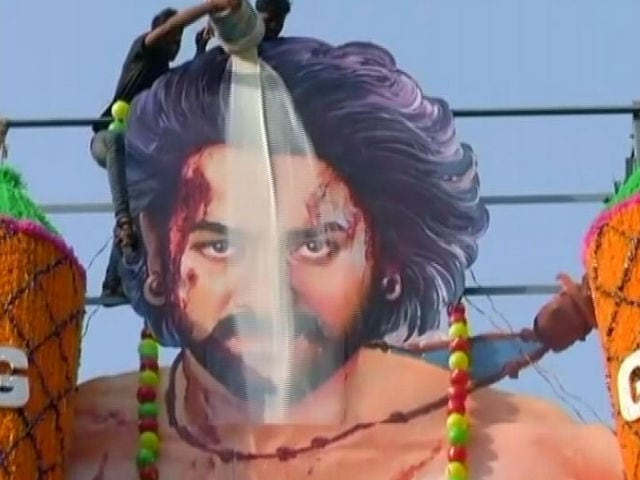 New Delhi: Baahubali: The Conclusion, this year's mega movie released worldwide today heralded by the sort of pomp and fanfare usually reserved for a Rajinikanth film. Hyderabad woke up early to bathe giant cutouts of actor Prabhas in milk and set off fireworks before watching the 'first day first show' at 7.30 am - first shows are usually timed for two hours later. Cine-goers have been queuing up outside cinemas from 6 am, even earlier. "Very excited. Have come with my family. We booked 20 tickets," an excited fan told NDTV. All week, there have been snaking lines outside booking offices, crashed web sites, and reports of tickets being sold at hugely inflated prices. 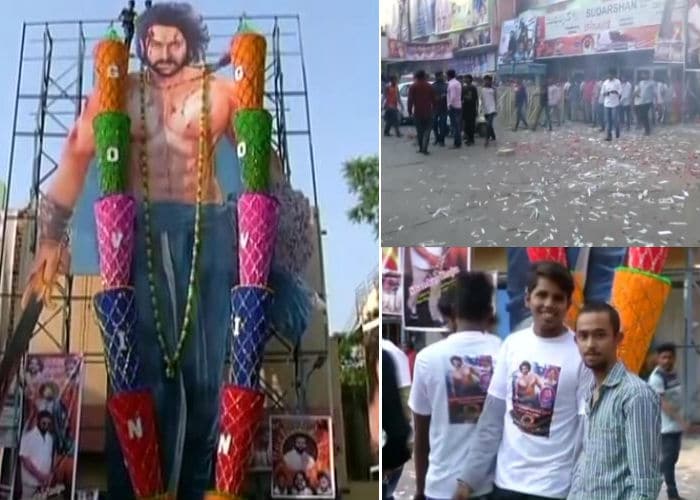 In Kerala, there were similar scenes:

Chennai, however, appears to have stumbled slightly:

The release of Baahubali: The Conclusion in Mumbai has been muted because of the death of Bollywood legend Vinod Khanna on Thursday - a grand premiere organized by filmmaker Karan Johar was cancelled as a 'mark of respect.' Mr Johar's Dharma Productions has the rights to the Hindi version of Baahubali.

Promoted
Listen to the latest songs, only on JioSaavn.com
Baahubali: The Conclusion, so titled because it is the second of a two-part film, is a Telugu film which has also been made in Tamil and dubbed into Hindi and other languages. Directed by S S Rajamouli, it stars Prabhas and Rana Daggubati as the central characters of Baahubali and Bhallala Deva. Sathyaraj and Ramya Krishnan play the key roles of Katappa and Sivagami, and actresses Anushka Shetty and Tamannaah Bhatia are cast as Devasena and Avantika.

Baahubali: The Conclusionreleases across an unheard of 8,000 screens - the Hindi version is "at par with a Khan release," producer Shobu Yarlagadda told NDTV this week. To say that the film is expected to make Rs 100 crore would be the understatement of the century - Baahubali: The Beginning, which released in 2015, made Rs 500 crore worldwide. Part two has already fetched a similar amount from the sale of distribution and satellite rights. There are correspondingly great expectations from its ticket sales.