Baaghi 3 First Poster: Tiger Shroff Is 'Up Against A Nation This Time'

Baaghi 3 trailer will be out on February 6 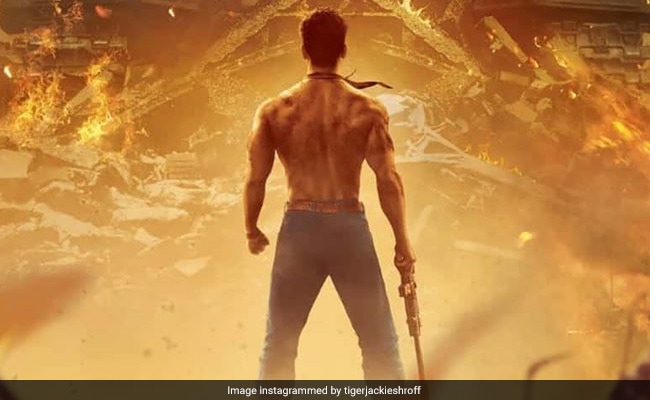 Tiger Shroff's Baaghi 3 released it's first poster on Monday. The makers and the cast of the film unveiled the poster on social media. Directed by Ahmed Khan, Baaghi 3 is the third instalment in the Baaghi series. Like the previous films, Baaghi 3 also stars Tiger Shroff in the lead role as 'Ronnie'. Shraddha Kapoor, who had previously starred in the film's first chapter by Sabbir Khan, will again feature in the new film alongside Tiger Shroff. The poster of Baaghi 3 reads, "This time, he's up against a nation." The film's trailer will be out on February 6. Meanwhile, the 29-year-old actor shared the poster on Instagram and wrote, "Against his strongest enemy, his greatest battle, up against a nation, Ronnie is back! Baaghi 3 trailer out on February 6, Thursday."

Check out the first poster of Baaghi 3 here:

Earlier, it was announced Tiger Shroff's father Jackie Shroff has been roped in to play the lead actor's on-screen father, as reported by news agency PTI. Baaghi 3 would mark their first film together in the film industry. Jackie Shroff will be seen making a cameo as a cop in the film. Sajid Nadiadwala, who has produced Baaghi 3, in an interview with PTI was quoted as saying, "Everyone has been waiting to see Tiger team up with his 'Hero' father Jackie since we launched him. There have been plenty of speculation and no one has been able to bring them together in the last six years as the duo was categorical they would only share the screen when a film and role merited their presence."

Baaghi 3 will also feature Riteish Deshmukh as an antagonist. The film has been co-produced by Fox Star Studios and is scheduled to release on March 6, as per PTI.