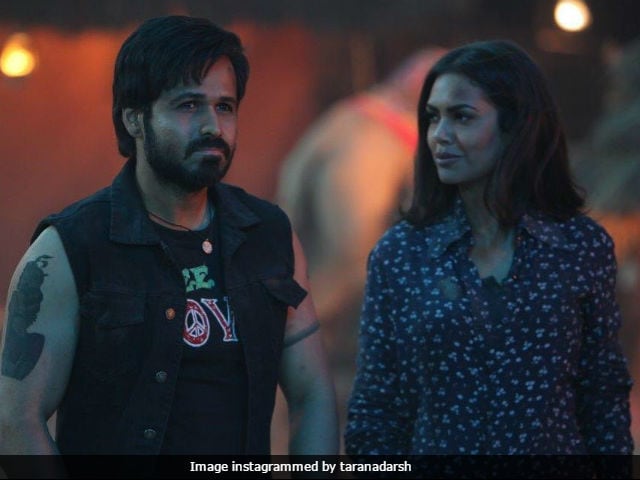 #Baadshaho had a HEALTHY Week 1... Fared well at single screens and mass pockets... Eid festivities gave a boost to its biz...

With multiple films releasing today and screens/shows/footfalls getting divided, #Baadshaho will have to stay strong in Week 2...

Baadshaho, which has been co-produced by Bhushan Kumar, Krishan Kumar and Milan Luthria, is set against the backdrop of 1975 Emergency. The film also stars Ileana D'Cruz, Emraan Hashmi, Vidyut Jammwal, Esha Gupta and Sanjay Mishra in lead roles.

In his review for NDTV, film critic Saibal Chatterjee wrote that "the heist thriller is devoid of the sort of highs that could be talked about."

"Rajat Aroraa's screenplay yields no end of high-voltage action sequences, fist fights, shootouts and explosions staged to the accompaniment of ear-splitting background music. But it lacks the meat to lend the onscreen derring-do real muscle and hold all the flab in place," wrote Mr Chatterjee.

Promoted
Listen to the latest songs, only on JioSaavn.com
"Baadshaho has no climax worth the name. It ends. Just like that. Seriously. We rarely, if ever, see a Bollywood action flick fizzle out so tamely. It's either a radical departure from norm or plain daft: make what you will of it. For this critic, it's the latter," he added.

Baadshaho released in theatres on September 1 along with Ayushmann Khurrana and Bhumi Pednekar's Shubh Mangal Saavdhan.