Ayushmann Khurrana To Reunite With Annu Kapoor After 7 Years 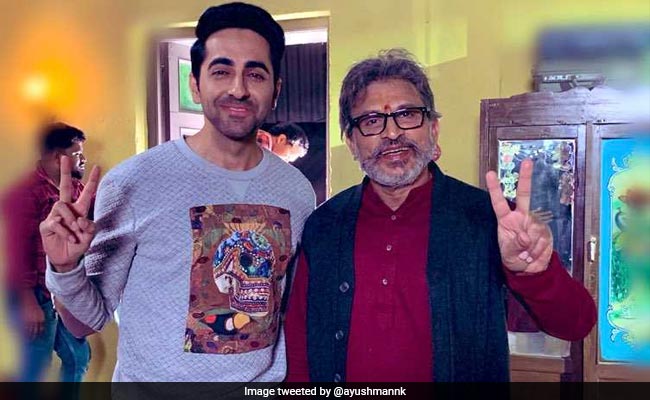 Veteran actor Annu Kapoor has teamed up with actor Ayushmann Khurrana for Dream Girl, seven years after Vicky Donor. Annu, who played the role of a doctor named Baldev Chaddha in Vicky Donor, will be playing the actor's father in the upcoming film.

Ayushmann, who is celebrating seven years of his cinematic journey, on Sunday took to Twitter, where he shared a photograph of himself along with Annu." It was quite surreal that the day we completed seven years of 'Vicky Donor', we shot together for 'Dream Girl' where Annu Kapoor sir plays my father," he captioned the image.

Released in 2012, Vicky Donor directed by Shoojit Sircar, is based on sperm donation and infertility. It also featured Yami Gautam.

It won the Best Popular Film Providing Wholesome Entertainment award at the 60th National Film Awards. It also was remade in Telugu as Naruda Donoruda starring Sumanth and Pallavi Subhash.

Dream Girl also stars Nushrat Bharucha. This will be the first time Nushrat and Ayushmann will be seen sharing screen space. The upcoming comedy drama film is directed by Raaj Shaandilyaa and is co-produced by Ekta and Shobha Kapoor under their banner Balaji Motion Pictures.