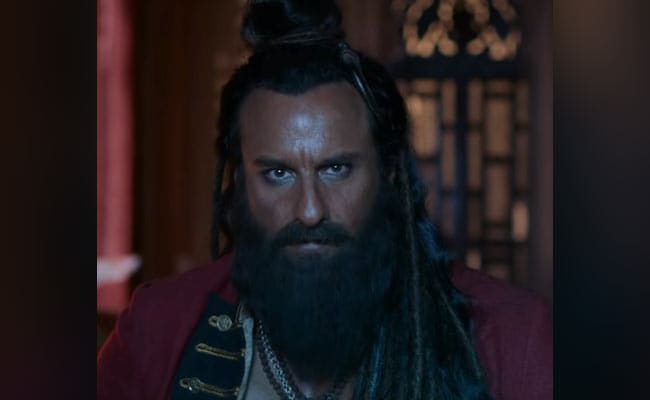 The final trailer of Saif Ali Khan's upcoming film Laal Kaptaan released a couple of days ago and actor Aamir Khan is all praise for the film. The 54-year-old actor, who picks his social media posts with care, has given Laal Kaptaan's trailer thumbs up and called it "awesome" in his appreciation post. In the third and the final trailer of Laal Kaptaan titled 'The Revenge,' Saif Ali Khan's character is introduced as a bloodthirsty naga sadhu, who is out to seek revenge from Rehmat Khan (played by Manav Vij). Their intense rivalry is brought brought face to face in this trailer. This time, we get several glimpses of Sonakshi Sinha's character, who orders Saif Ali Khan to kill Rehmat Khan. Rehmat is the man the naga sadhu has been shown chasing in the first two trailers - The Hunt and The Chase.

In his post, Aamir Khan, who has previously worked with Saif Ali Khan in several films such as Dil Chahta Hai, Bombay Talkies and Parampara, urged his fans to watch the " awesome" trailer of Laal Kaptaan.

First, check out the final trailer of Laal Kaptaan:

And now, here's what Aamir Khan posted for the film:

Hey guys,
What an awesome trailer.
Check it out.https://t.co/1qgDPcCPiX

In case you haven't watched the previous trailers, take a look:

Last month, the makers of Laal Kaptaan released the first look of the film and it went crazy viral on social media quickly. The Internet started comparing Saif's naga sadhu look to Jack Sparrow from Pirates Of The Caribbean. What do you think?

Talking about his look in Laal Kaptaan, Saif Ali Khan earlier told DNA: "I play a naga sadhu, so I've been growing my hair and beard." Produced by Anand L Rai and directed by Navdeep Singh, Laal Kaptaan is slated to release on October 18.

On the work front, Saif Ali Khan will also feature in Taanaji: The Unsung Hero, which stars Kajol and Ajay Devgn. His lined-up films also include Dil Bechara alongside Sushant Singh Rajput and Jawaani Jaaneman.