Earlier, Aamir Khan's Thugs Of Hindostan look reminded the Internet of Jack Sparrow from Pirates Of The Caribbean 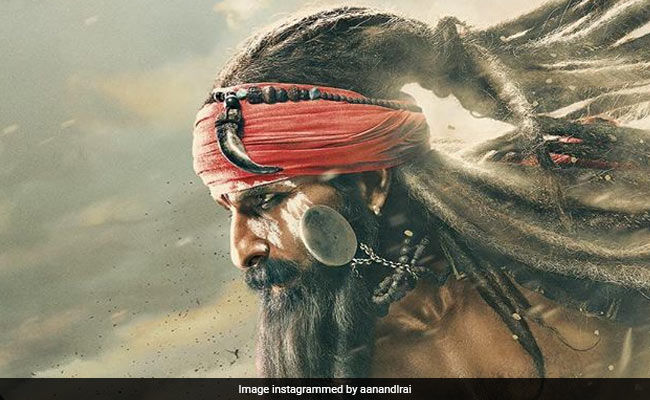 The makers of Saif Ali Khan's Laal Kaptaan released a poster from the film on Monday night and the Internet was instantly reminded of Jack Sparrow from Pirates Of The Caribbean. TBH, the similarities are not very hard to spot in the poster. The long hair, the dramatic kohl-rimmed eyes, the bandana on the head and the intense expression on the face, did remind the Internet of Jack Sparrow's look and they didn't seem very impressed about it. Aanand L Rai, who has backed the project, shared the poster on Instagram and wrote: "Revenge is all he seeks and his hunt reveals tomorrow, Laal Kaptaan in theatres from October 18." An Instagram user commented on Aanand L Rai's post: "Expecting Saif to do something original this time.... Please don't disappoint us with another cheap version of Pirates Of The Caribbean. Several thoughts echoed on the post shared by Eros International's post. "Again Johnny Depp ka copy mara," wrote an Instagram user. "Low budget Pirates Of The Caribbean," added another.

Take a look at the poster of Laal Kaptaan here:

This is not the first time that a Bollywood actor's look has been compared to that of Jack Sparrow. Remember how Aamir Khan's character Firangi Mullah was compared to Johnny Depp's Jack Sparrow look. Several Twiter users described him as "A Bhojpuri Jack Sparrow."

Coming back to Saif Ali Khan's look in the film, the actor, in an interview with DNA earlier, said, "I play a naga sadhu, so I've been growing my hair and beard." Laal Kaptaan, which was titled Hunter earlier, is being directed by Navdeep Singh.

On the work front, Saif Ali Khan was last seen in Netflix's web-series Sacred Games 2. The actor has several projects in the line-up, which include Jawaani Jaaneman, Taanaji: The Unsung Warrior and Bhoot Police.