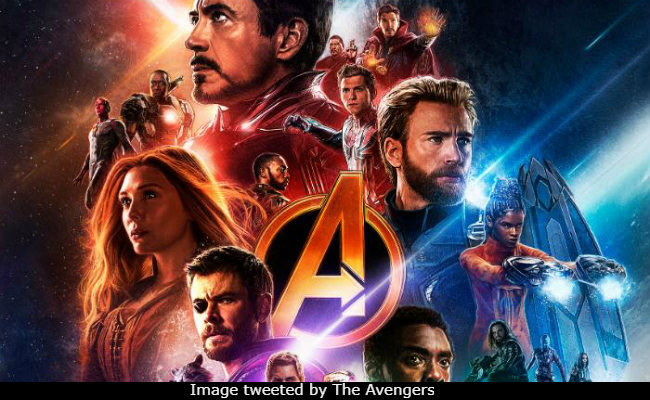 New Delhi: Avengers: Infinity War is witnessing an incredible run at the box office and the surging figures are here to tell the tale. In the Indian box office, given the superlative hype around the film, all the five days have fetched Rs 20 crores plus, thus setting a record. The Marvel flick, within three days of its release, surpassed the opening weekend record of Sanjay Leela Bhansali's film Padmaavat. The latest Marvel Disney film collected Rs 20.34 crore on day 5 and currently shows no signs of slowing down. Despite being a weekday, the collection of the film is noteworthy on Tuesday. Bollywood analyst Taran Adarsh tweeted, "Avengers: Infinity War is in no mood to slow down... First Hollywood film to collect Rs 20 cr on all 5 days... Fri 31.30 cr, Sat 30.50 cr, Sun 32.50 cr, Mon 20.52 cr, Tue 20.34 cr. Total: Rs 135.16 cr Nett BOC. India biz... Gross BOC: Rs 173.28 cr."

The film also smashed the record of all the other Marvel films which released in India and registered a phenomenal sum at the box office.

Being the third installment of the Avenger series, the appeal for this Marvel Cinematic Universe franchise was unparalleled. Audiences thronged the theatres to catch a glimpse of the biggest superhero film and reportedly the film, over the opening weekend, made a whopping collection of 630 million worldwide. The film, in the Indian box office, started off with a sum of Rs 31.30 crore, which the biggest opening for any Hollywood film in India.

Promoted
Listen to the latest songs, only on JioSaavn.com
The Jungle Book is the highest Hollywood grosser in India with a lifetime collection of Rs 188 crore. But the way Avengers: Infinity War has taken flight, there is no doubt about the fact that The Jungle Book record will be toppled within a week - as predicted by Taran Adarsh.