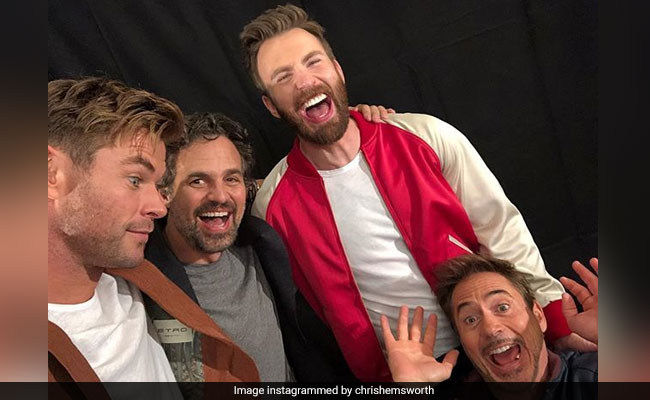 Avengers: Endgame, the concluding chapter in a Marvel superhero saga from Walt Disney Co., toppled James Cameron's Avatar to become the highest-grossing film of all time.

Disney rereleased the film with new footage in late June for a final push as Endgame closed in on the record. It has now taken in an estimated $2.790.2 billion in theaters worldwide as of Sunday, the company said, ahead of the $2,789.7 billion accumulated by Avatar a decade ago.

Grabbing the No. 1 spot caps an extraordinary run for Marvel and Avengers in particular. The four pictures in the superhero mash-up averaged $652.5 million in domestic ticket sales, and the 23 films in the Marvel Cinematic Universe, dating back to Iron Man in 2008, rank as the top-grossing movie franchise.

The Marvel characters have continued their run of successes this summer with Sony Corp.'s Spider-Man: Far From Home dominating theaters now. As of July 14, the film had taken in $847 million in worldwide ticket sales.

Disney's good fortune isn't limited to the universe of superheroes. Its live-action remake of the 1994 cartoon classic The Lion King dominated theaters this weekend, topping the U.S. and Canadian box office with $185 million, according to estimates from researcher Comscore Inc.

Disney punched up the rerelease of Endgame with a tribute to the late Marvel pioneer Stan Lee, an unfinished scene and a sneak peek at a scene in Far From Home. Fans also got an exclusive poster.

Disney has had a run of box-office successes built around Marvel, Star Wars and Pixar movies that have made it the industry leader. With its acquisition of 21st Century Fox properties for $71 billion earlier this year, Disney will also be home to Avatar sequels that Cameron plans to begin rolling out in 2021.

In inflation-adjusted terms, Endgame ranks No. 16 on the all-time list, according to Box Office Mojo. "Gone With the Wind," first released in 1939, tops the list on that basis.

Marvel also revealed a new slate of films Saturday, reassuring fans that the most successful film series in Hollywood history will continue for years.

After many years of speculation, the studio confirmed Black Widow will lead a film focused on the female character slated for May 2020. That was widely expected among fans, as well as the scheduling of The Eternals for November next year.

Some surprises included Natalie Portman's return to the franchise as a female Thor in the fourth installment called Thor: Love and Thunder, which will include an LGBTQ character. A second Doctor Strange movie is planned, along with the unexpected reboot of Blade, naming Oscar winner Mahershala Ali in the role.

Diversity was at the forefront with dating of Shang Chi and the Legends of the Ten Rings, its first Asian superhero led movie. It also named a string of new series led by popular characters Loki and Hawkeye, as well as animated Marvel offerings, for its nascent streaming service Disney+.

Marvel President Kevin Feige, who made the announcements Saturday at Comic-Con, had signaled earlier that future films would feature the most diverse cast of superheroes ever. In March, the company released Captain Marvel, played by Brie Larson, the first female superhero in the series to star in her own film. Marvel has also made it clear that African American actor Anthony Mackie will take over the Captain America role going forward.

Fans at the annual conclave in San Diego for comic-book devotees were looking for clues about the future of the series after Endgame concluded a story line that began with the first Iron Man film in 2008.