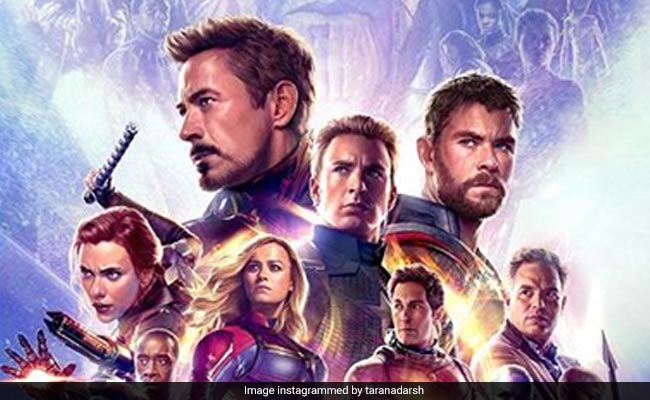 There's no stopping Avengers: Endgame at the box office in India, as the film collects over Rs 200 crore within five days of its release, tweeted Taran Adarsh. The film refuses to "slow down" and it collected Rs 26.10 crore on Tuesday to bring the total to Rs 215 crore (nett). Taran Adarsh tweeted: "Avengers: Endgame refuses to slow down... Crosses Rs 200 crore on Day 5 (Tuesday)... Sets sights on Rs 400 crore... The nett box office collection is Rs 215.80 crore while the gross box office collection is Rs 256.90 crore." The film directed by Joe and Anthony Russo was made on a budget of $500 million and it is currently ruling the box office worldwide.

Avengers: Endgame is a phenomenon and it made a jaw-dropping $330 million in China alone, an AFP report read. The film's worldwide opening weekend collection of $1.2 billion worldwide has set new target for Hollywood blockbusters to come.