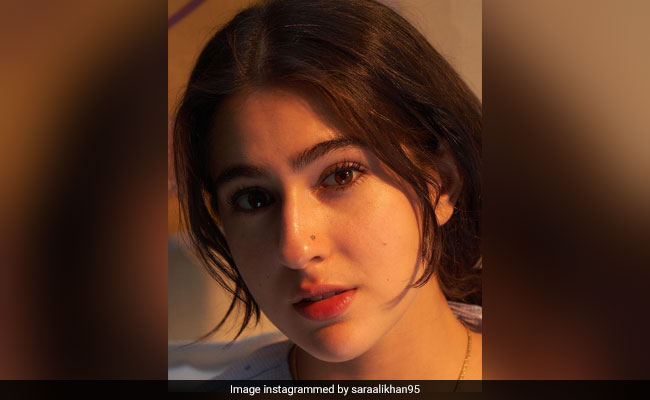 Looks like Sara Ali Khan is missing working with the cast of her movie Atrangi Re as she dropped a throwback BTS picture from the film's set on Instagram. In the picture that Sara shared on Instagram, she can be seen sporting an expression that holds a lot of emotions. Sara Ali Khan can be seen with minimal make-up in the picture and she looks as gorgeous as ever. In the caption of the post, the 25-year-old actress shared that the picture was clicked by her Atrangi Re co-star Akshay Kumar. She also wrote that she "thought" that the days of shooting for the film "would never end." Sara Ali Khan wrote: "Thought these days would never end #bts #atrangire." She also added a red heart emoji to her caption. Sara also shared the same picture on her Instagram story and wrote: "Take me back."

Sara Ali Khan's post received scores of comments from her fans. Among others, Sara's aunt Saba Ali Khan commented on the post and wrote: "Mashallah."

Take a look at the aforementioned BTS shot here:

Atrangi Re has been directed by Aanand L Rai. Besides Sara Ali Khan and Akshay Kumar, it also stars South star Dhanush. The shoot of the film was wrapped in December last year.

Coming back to Sara, the chirpy actress recently showed us the "simplest ways" to her "heart" in an Instagram post. In a photo dump, Sara Ali Khan shared several pictures of herself and her family and all the things and people she loves.

Sara Ali Khan made her Bollywood debut in 2018 with the film Kedarnath. She was last seen in David Dhawan's Coolie No.1 , co-starring Varun Dhawan.