The first of Shibani Dandekar and Farhan Akhtar's pre-wedding ceremonies took place in Mumbai today - a mehendi was held at the actor-director's home and a few visuals show a long shot of what seems to be a mehendi session in progress. In the pictures, a small group of women are seated under bunting fluttering with brightly-coloured tassels. One of the women is actress Rhea Chakraborty, a close friend of the bride. The colour code for the mehendi was clearly yellow - Shabana Azmi, who is Farhan Akhtar's stepmother, was dressed in a sunny shade. Farhan Akhtar and Shibani Dandekar are getting married in the next few days - reports suggest a court wedding will be held on February 21 and a traditional ceremony will take place over the weekend before that.

See pictures from the mehendi ceremony: 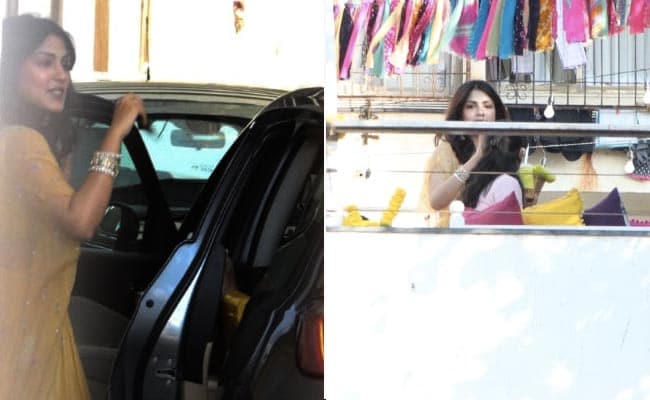 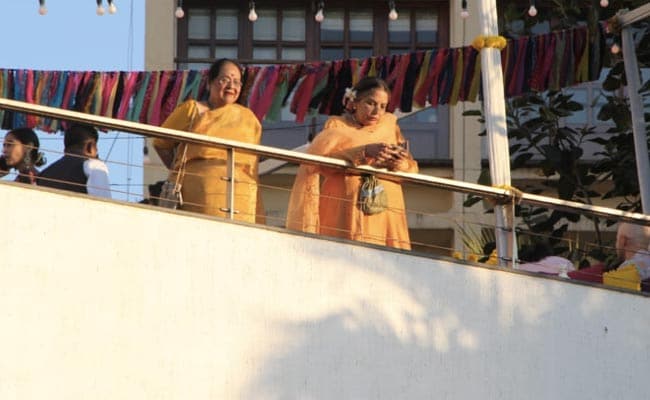 The bride's sisters Anusha and Apeksha Dandekar posed together for the media - Anusha in yellow, Apeksha in grey. 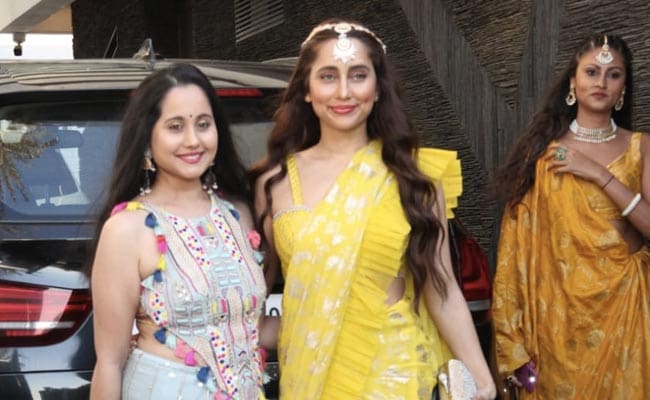 Farhan Akhtar and his friends - one of them his Excel Entertainment partner Ritesh Sidhwani - partied at a stag do earlier this week. "The boys are back in town #stagdaynightfever," Farhan captioned a picture from the party. "Technically I'm there too," commented his bride-to-be - Shibani was referring to the mask with her face on it being held up in the picture.

Shibani Dandekar was "exhausted but excited" four days ago; she shared this picture of herself curled up asleep at an airport.

Earlier this month, Farhan's father Javed Akhtar confirmed wedding plans, telling Bombay Times, "Yes, the wedding is taking place. Rest, shaadi ki jo taiyyariyan hain that is being taken care of by the wedding planners. Taking the situation into consideration it is obvious that we cannot host anything on a large scale. So, we are only calling a few people. It will be a very simple affair."