At Rhea Kapoor's Wedding, Sister Of The Bride Sonam Was In Her Festive Best 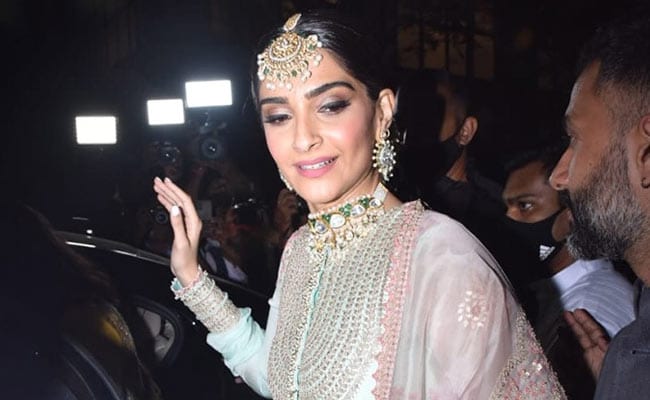 Anil Kapoor's daughter and film producer Rhea Kapoor got married to Karan Boolani in an intimate ceremony on Saturday night, in the presence of a few family members. Her sister and actor Sonam Kapoor wouldn't have missed the ceremony for the world and so she showed up at the wedding in her festive best, with husband Anand Ahuja by her side. Sonam Kapoor, who flew from London just in time for sister Rhea's wedding festivities, picked a mint Anarkali, with an embroidered pink dupatta to go with it. She accessorised her look with an emerald choker, a statement maangtika. She accentuated her hairdo with a gajra. She kept her make-up minimal with winged-eyeliner and pink lips. Simply put, Sonam Kapoor looked every bit stunning. 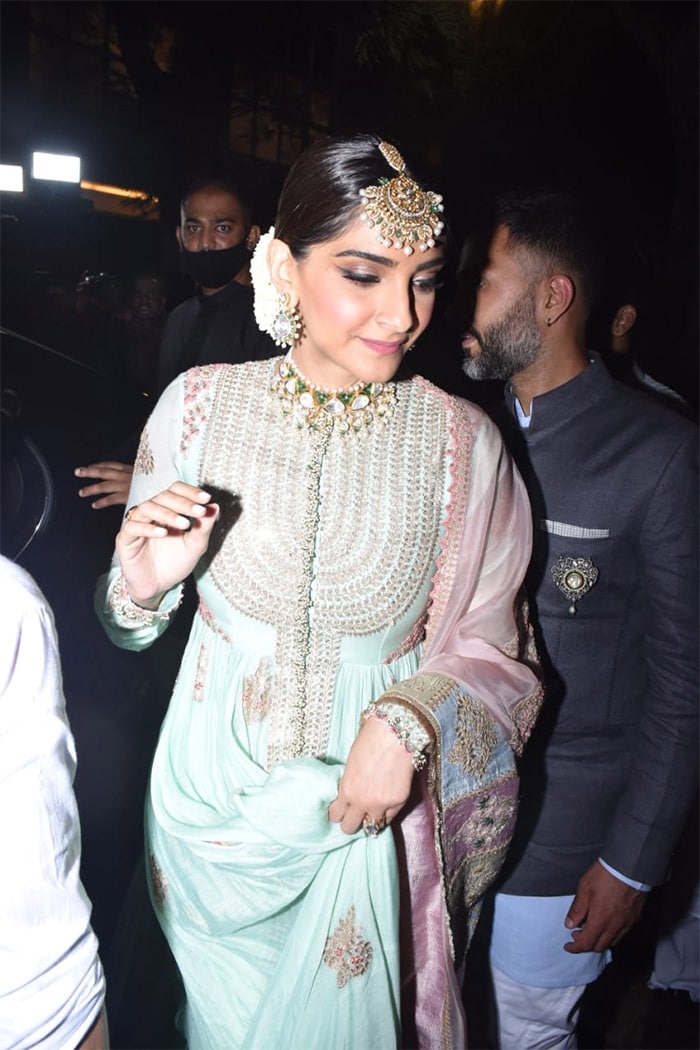 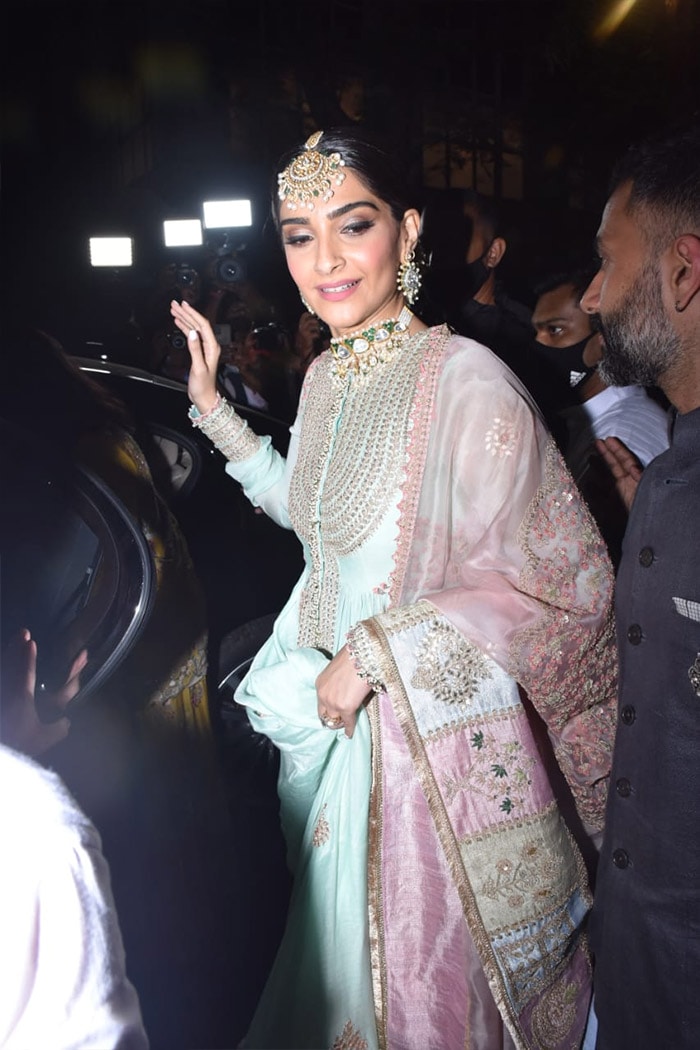 Sonam Kapoor was in her festive best. 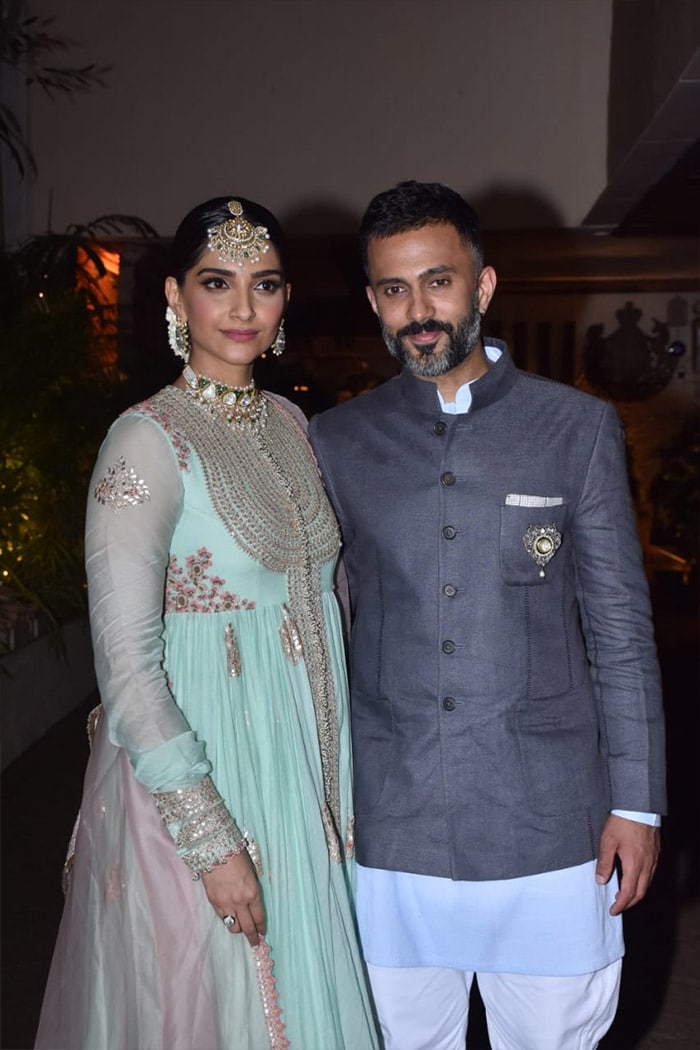 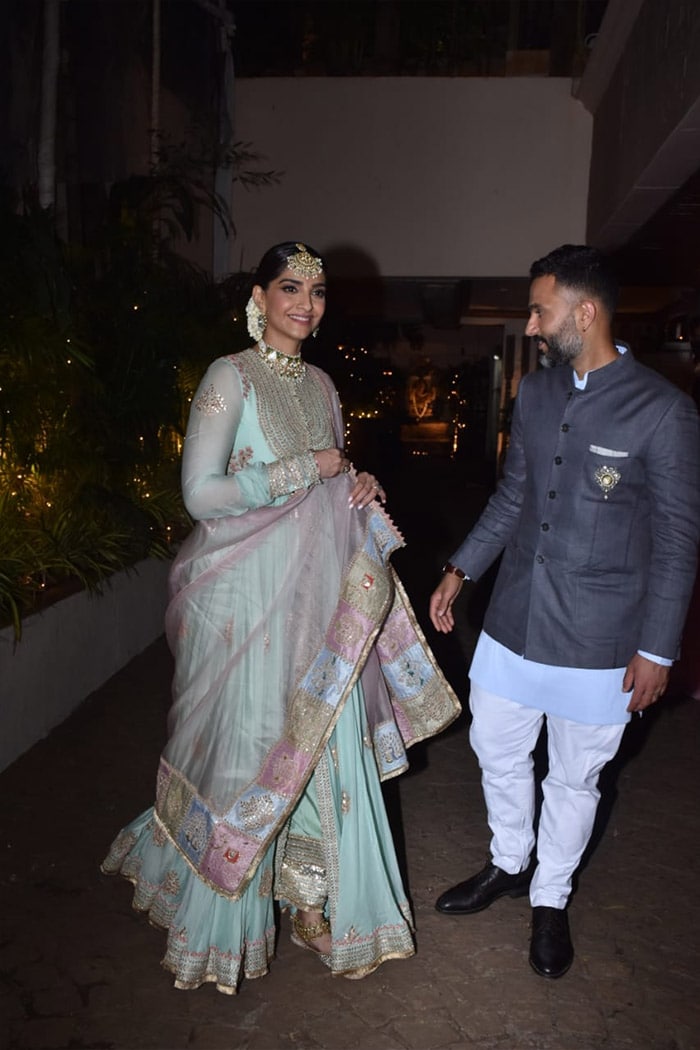 Sonam and Anand were all smiles. 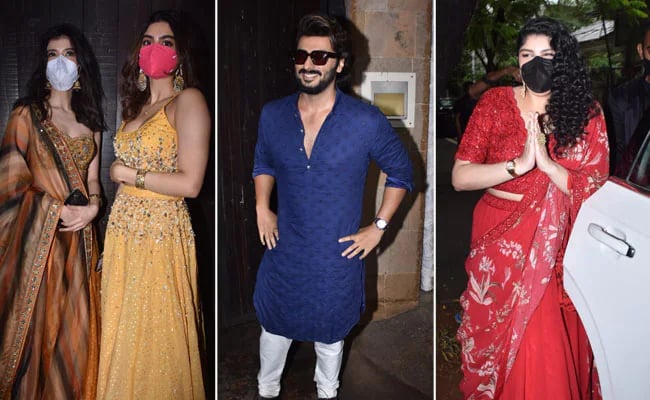 Rhea Kapoor, daughter of Bollywood veteran Anil Kapoor and jewelry designer Sunita Kapoor, besides being a film producer, is also a stylist (largely for her sister Sonam Kapoor). She has co-produced films such as Aisha, Khoobsurat and Veere Di Wedding, all three starring Sonam Kapoor. The sister-duo also runs an apparel brand called Rheson, which was launched in 2017.

Sonam Kapoor married her longtime boyfriend Anand Ahuja in a big, fat wedding in May 2018, which was a star-studded affair. Anand Ahuja runs the fashion label Bhane and the sneaker boutique VegNonVeg. The couple were staying in London for over a year. Sonam returned to Mumbai a few weeks ago.