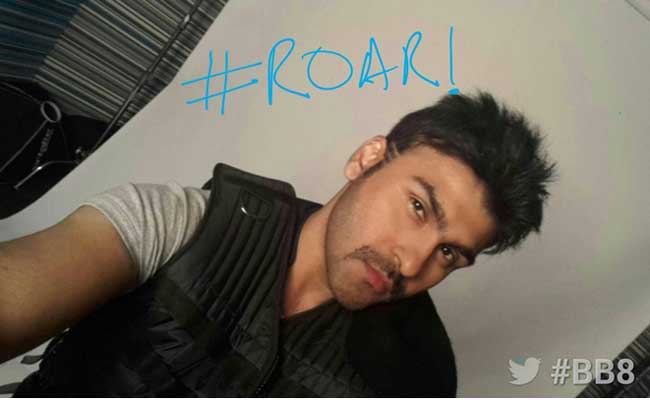 Actor Arya Babbar's Bollywood career may have failed to touch the heights it ideally should have, given his pedigree and family clout, but the 30-year-old son of actor-turned-politician Raj Babbar and actor Nadira Babbar has done quite well for himself since the day he debuted.

One of the 12 celebrities who are a part of Bigg Boss season 8, one may well argue that in spite of his successful run in the Punjabi film industry, Arya is perhaps focusing on grabbing some much needed attention in Bollywood and what better platform to do that than a show as controversial and as popular as Bigg Boss.

Having made his debut in the Hindi film industry in 2002, opposite actor Amrita Rao in a film titled Ab Ke Baras which didn't do very well commercially, Arya subsequently worked in movies like Guru, Tees Maar Khan, Ready, Dangerous Ishhq and more recently Matru Ki Bijli Ka Mandola. All this apart from doing some extremely popular Punjabi movies, such as Yaar Annmulle and Heer and Hero.

He has also acted in a Bengali film called Paapi which released in 2012 and starred actors like Prosenjit and Pooja Bharti. In 2007, Arya Babbar had a major role in English language film Partition, set in Partition-era Punjab, co-starring British actor Jimi Mistry and Canadian actress Kristin Kreuk.

Arya has also authored a comic book called Pushpak Vimaan and seems like he is a man of many talents.

His elder sister is actress Juhi Babbar and his half-brother is actor Prateek, son of Raj Babbar and the late Smita Patil.