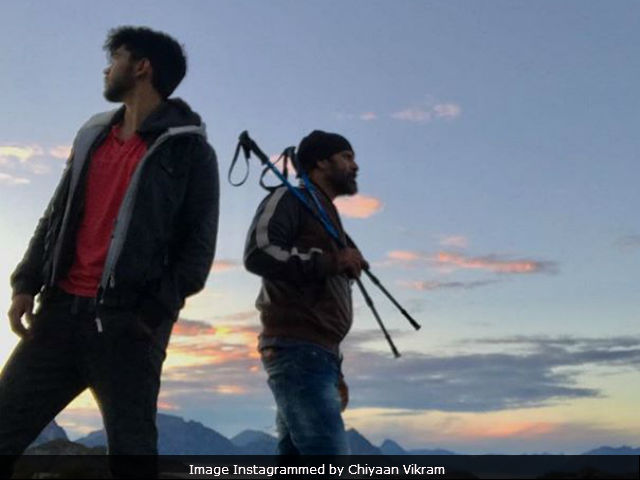 New Delhi: Tamil film actor Chiyaan Vikram's son Dhruv is all set to make his acting debut with the Tamil remake of Telugu blockbuster Arjun Reddy. Sandeep Reddy's Arjun Reddy, which released this year starred actor Vijay Deverakonda as Arjun in the film. The film's story revolved around a brilliant, alcoholic medical surgeon with serious anger issues. This time Dhruv will reprise Vijay's role as Arjun in the yet-untitled film. On Sunday, Chiyaan Vikram posted a clip featuring Dhruv on Instagram and revealed the news. He wrote: "Ready to make the leap. Dhruv to be Arjun Reddy." posted on Instagram. The film is produced by E4 Entertainment. Here's what he had shared:

Producer Mukesh Mehta also shared the news on Facebook and wrote: "We are extremely happy to share that Dhruv Vikram will be essaying the lead in the Tamil version of Arjun Reddy. We are honoured by the opportunity and confidence shown in us by Vikram and we will work towards making it a memorable launch."

Chiyaan Vikram has featured in films like Dhill, Dhool and Saamy. He gained immense popularity for his roles like a blind villager in Kasi and for his film Samurai. In 2003, Vikram won the National Film Award for Best Actor for Bala's Pithamagan.

Promoted
Listen to the latest songs, only on JioSaavn.com
The remake of Arjun Reddy is directed by Sandeep Reddy Vanga. Arjun Reddy received a great response from the audience. With a budget of Rs 5 crore, it had managed to touch the 50 crore mark at the box office.