Arjun Rampal Shares A Throwback Pic From His Modelling Days. Circa 1995

"I had fixed up this shoot with you on the phone and we met straight in Jaisalmer," commented photographer Dabboo Ratnani 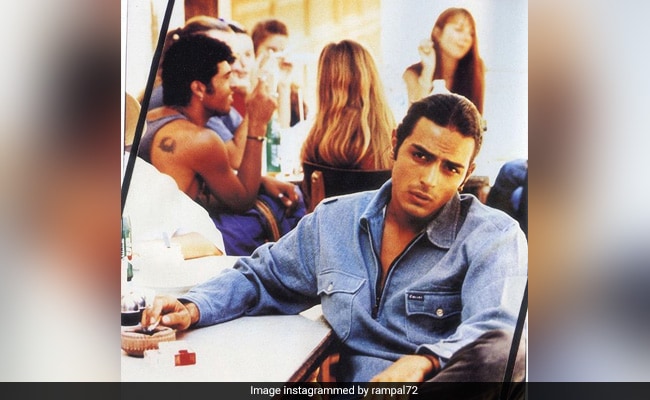 Arjun Rampal dug out a photograph from his modelling days and posted it on his Instagram profile on Saturday night. The actor, who began his career as a model, did not remember the exact year of the photoshoot. However, ace photographer Dabboo Ratnani, who clicked the picture, revealed in the comments section that the photograph was taken in 1995. The caption on Arjun's caption read, "Huge throwback from modelling days. I believe its 1995 or 1996? What say Dabboo Ratnani? When was this?" He added the hashtags #throwbacks #jaisalmer and #modelingdays. In the comments section, Dabboo Ratnani wrote: "Wow! I remember this vividly. This was our first shoot together. I had fixed up this shoot with you on the phone and we met straight in Jaisalmer for the first time ... It was 1995, bro."

Huge throwback from modelling days I believe it's 1995 or 1996? What say @dabbooratnani ? When was this? #throwbacks #jaisalmer #modelingdays

Arjun Rampal is currently staying with his girlfriend Gabriella, a South African model, who is also a designer. She owns a fashion label named Deme Love. Arjun and Gabriella are parents to a boy named Arik. Arjun Rampal has two daughters Mahikaa and Myra with his former wife Mehr Jesia.

Happy birthday my beautiful jaan. We celebrate today a little and a big one very soon. Love you

Arjun Rampal was last seen in the web-series The Final Call. In terms of films, his last big release was the 2018 film Paltan, directed by JP Dutta. The actor is best-known for his performances in films such as Ra.One, Om Shanti Om, Heroine, Rock On!!, Raajneeti, Inkaar and many others.