Arjun Patiala Movie Review: The film is way too aimless a ride to give an audience looking for genuine humour the feeling that its purpose is in with a real chance of being served. 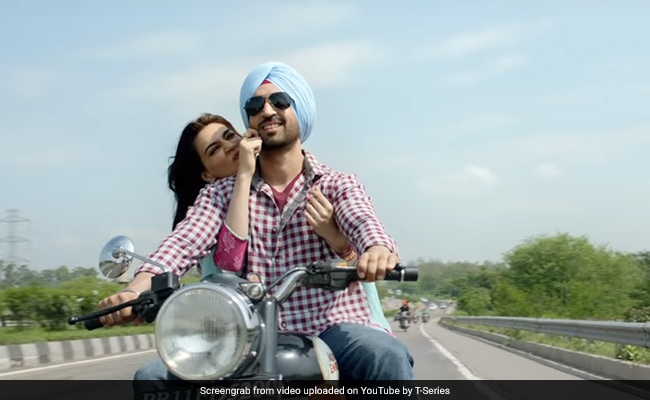 Arjun Patiala review: Kriti and Diljit in a still from the film. (Image courtesy: YouTube)

Time was when the police were a standing joke in popular Hindi cinema. They would always be the last to arrive on the scene of a crime armed with handcuffs for the villain and his henchmen. Familiarity with that dog-eared trope could be useful in case anybody is genuinely interested in making sense of Arjun Patiala. It is highly unlikely that the film will enthuse too many in the audience to make that effort.

Starring singer-actor Diljit Dosanjh in the role of a rookie, eager-beaver sub-inspector who is sent to a small Punjab town to wipe it clean of crime, Arjun Patiala goes a few steps beyond the calumny that Hindi cinema cops have had to live with for decades. It turns the policeman protagonist and other members of his force into unfunny clowns who make you cringe rather than laugh.

The Rohit Jugraj-directed film is the sort of comic caper in which it is hard to tell whether the police are arriving, leaving or merely going around in circles. The antics of the hero and his constable-sidekick, played by Varun Sharma, are so numbingly dippy that the audience is left wondering why the makers felt in the first place that the misadventures of the daft duo would add any hilarity to the film. 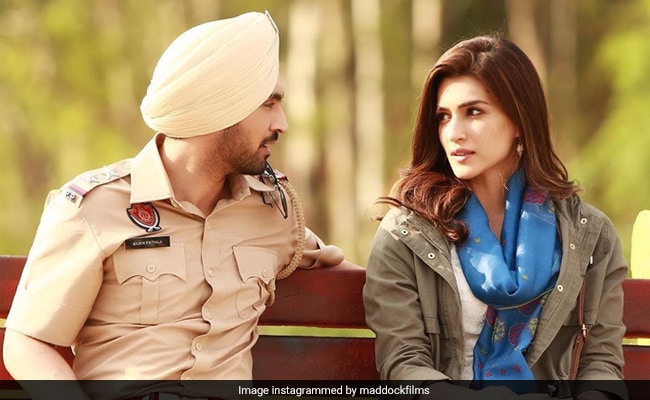 Diljit and Kriti in a still from the film.

The film's self-deprecatory posture, too, is wasted. It does little to lift it from the pits. Arjun Patiala opens with a writer-director (Abhishek Bannerjee) convincing a prospective producer (Pankaj Tripathi) of the commercial potential of a screenplay that he has crammed with five villains, a role for Sunny Leone, a gratuitous item number and four other songs, besides a policeman-hero and his romantic interest.

The excited moneybag gives the proposal the go-ahead without even demanding a reading of the script. My family has been producing films for three generations, the man boasts, and we have never heard or read a screenplay before greenlighting a project. The baffled writer still insists on an opportunity for a formal narration of the script. The latter's wish is reluctantly granted. What follows is the film that Arjun Patiala is: completely chaotic and unabashedly monotonous. It would have been better off remaining on paper. That would have spared film critics the pain of reviewing a work where lunacy runs riot without the slightest trace of genuine inspiration.

This isn't a spoiler. It is only a pointer to what the makers of Arjun Patiala think of the film that they have foisted upon us. In the final scene, after Arjun Patiala has meandered to a meaningless conclusion, a maid mops the floor of the producer's drawing room. The narrator and the funder have drunk themselves to sleep on the sofa. The help asks: "Yeh film chalegi (will this film run)?" A production company gofer admonishes her: "Apna kaam kar, critic mat bann (Mind your own business, don't try to be a critic)." Arjun Patiala needs no critics to tear it apart; it inflicts enough damage on itself not to need another push into oblivion from an exterior source.

It tells a story that makes no serious attempt to be even remotely sensible. A judo champion Arjun Patiala (Dosanjh) makes it to the police force on account of his physical prowess and is posted as the head of the Ferozpur outpost. Besides finding a buffoon, Onida Singh (Sharma), as a lackey, he falls head over heels for a local television journalist Ritu Randhawa (Kriti Sanon), who is in possession of an exhaustive database of local criminals. Reminded by his idol, DSP Amarjeet Singh (Ronit Roy), of his mission to weed out crime from Ferozpur, Arjun sets off gang wars in the area with the aim of letting the criminals, including a man named Sakool (Mohammed Zeeshan Ayyub), do his dirty work for him. As the body count rises and number of criminals diminishes, the nosey scribe, who is by now as smitten by Arjun as he is by her, threatens to blow the lid off his plan. The pitch is queered further by the local MLA Praapti Makkar (Seema Pahwa), who makes it clear to all and sundry who calls the shots in Ferozpur.

If a laugh riot is what Arjun Patiala is trying to be, it fails miserably because neither the script nor the actors, a few of whom are not bad at all if one goes strictly by their reputation, have a clue where they are headed. 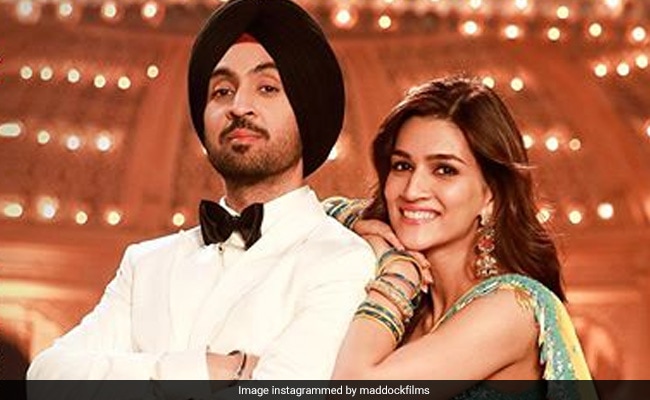 Diljit and Kriti in a still from Arjun Patiala.

Diljit Dosanjh does his best to work up sort of comic timing, but the lines that he is required to spout sound hopelessly foolish. It is never easy making inanity effective as a source of mirth. Arjun Patiala is beyond silly. The slurred dialogue delivery that Dosanjh attempts in the drinking scenes are amusing only in a superficial sort of way.

Varun Sharma is the bumbling lieutenant and whipping boy who hangs around with the sole purpose of injecting levity into the proceedings when the film is in danger of veering into overly solemn territory. His pranks do not pay off because they are more moronic than puckish. Kriti Sanon does have a fair bit of footage, but she fails to make her presence count in the absence of a properly defined role.

Arjun Patiala is way too aimless a ride to give an audience looking for genuine humour the feeling that its purpose is in with a real chance of being served. This cops-and-criminals rigamarole is never in the game.